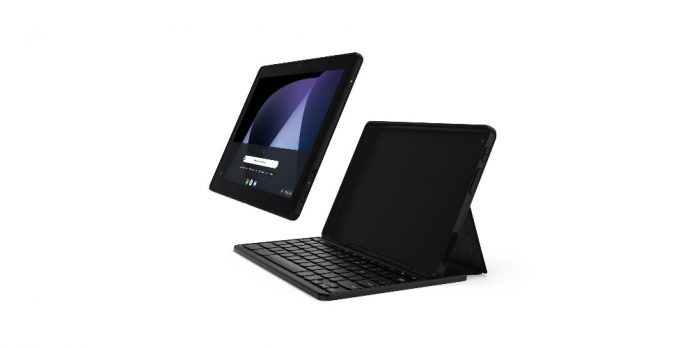 The tablet PC market has been growing a lot lately on account of the pandemic and people learning or working from home, but right now we have an even larger study, that also covers PCs. It’s made by Canalys, show details the figures of the PC and tablet PC market and we dissect it below.

The new report from Canalys covers the Q3 2020 performance of the PC and tablet market, as far as shipments are concerned. For the second consecutive quarter, the growth of the tablet and PC market is strong. It reached 124.5 million units, a year on year increase of 23%. Lenovo is the leader of the pack with 23.5 million tablets, laptops and desktops combined. Apple is second with 22.1 million Macs and iPads. There’s also HP as the third, Dell as fourth and Samsung as fifth in top 5. 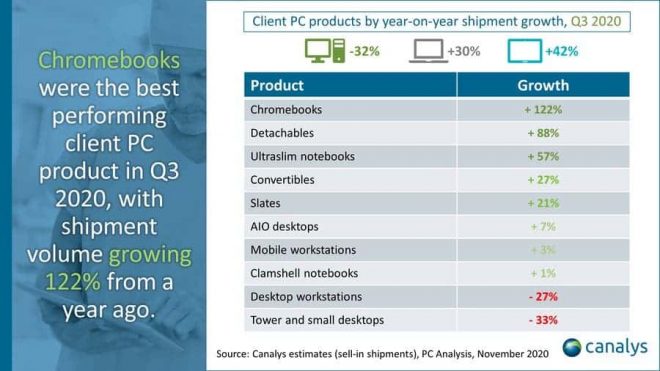 Chromebooks were the biggest booming segment, the best performing client PC product in Q3. Its shipments reached 9.4 million units, an increase of 122% over the same time frame in 2019. Detachables, which include tablets and laptops grew by 88% and are the second best performing category in personal computing. Desktop-wise saw All in One PCs growing, although the segment itself had a drop of 32%. AiOs grew 7%. If we separate tablets from the PC segment, they grew strongly in Q3, with shipments of 44.3 million units, a year on year increase of 43%. 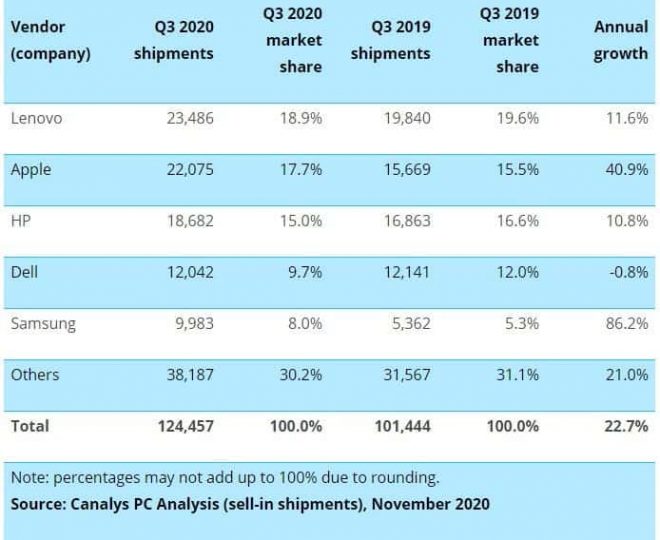 Apple remains top vendor, with 15.2 million units shipped, followed by Samsung with 9 million and Huawei with 5 million. Samsung actually had a huge growth of 80% from last year, beating 9 million units for the first time since 2015. Huawei is still going strong in Europe and China. 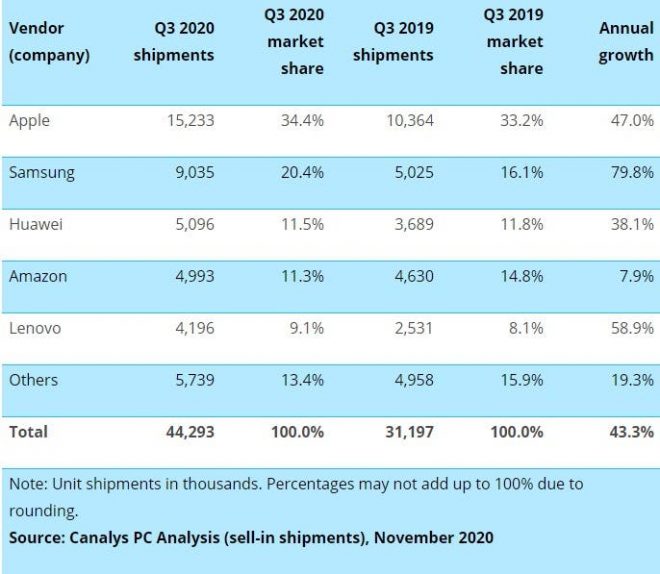 They’re followed by Amazon and Lenovo. Chromebooks are led by HP, then Lenovo and Dell. Acer and ASUS complete top 5. HP shipped an impressive 3.2 million units.

What to Expect During Apple’s 30 October Event: iPad Pro With...