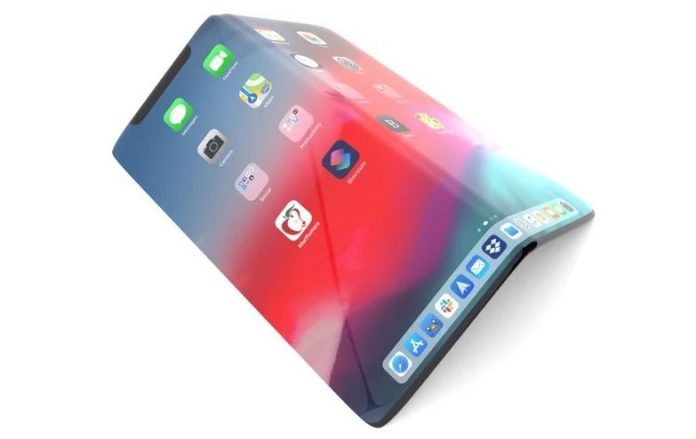 Apple has been particularly quiet on the front of foldables, not even teasing that there’s such a machine in development. Even patents have been rather vague, but today we get a pretty realistic-sounding leak. Apple has supposedly started sending foldable iPhones to assembly partner Foxconn, for testing purposes. We also have a projected release date set for September 2022.

The info comes from a Chinese source, Economic Daily News, quoting supply chain resources. The testing that Foxconn has to do involves choosing either OLED or micro-LED display technology. The choice of either screen will affect the assembly methods, it seems. Apple has also supposedly asked Foxconn to evaluate the bearings, the folding component of the device using over 100,000 opening and closing tests. The report also mentions that similar tests for regular laptops requires them to be opened and closed between 20k and 30k times.

We don’t have any additional info about the design of the foldable device, but the source does say that Samsung has provided the panel for the screen. This partially confirms rumors that Apple has ordered its panels from the South Korean firm. Another big leakster of the foldable iPhone is Jon Prosser, who claims that Apple is working on a foldable iPhone prototype, that uses separate display panels, connected by a hinge rather than a single display like the Galaxy Fold uses.

It sounds more like the flopped Surface Duo, which is not good news. Prosser also claims that we are to expect a rounded, stainless steel edge similar to the iPhone 11, but no notch. We have a long way to go till September 2022, so things may change quite a bit.

iPad Air 4 Could Get Release Date on October 13th During...