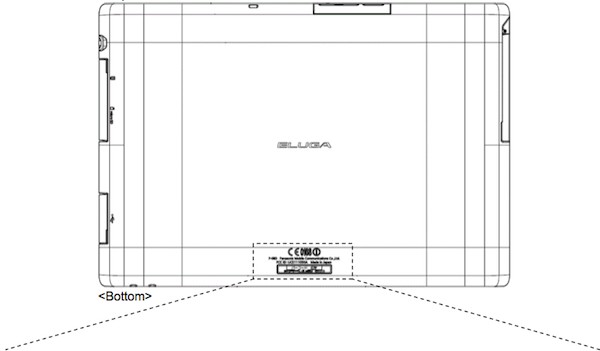 We’ve shown you a hands on demo with the Panasonic Eluga Live Android 4.0 tablet back in May this year and now the device is back, passing through the FCC with all the usual connectivity tests. The device’s filing reveals that the slate also known as Panasonic P-08D supports de 850 MHz bands, specific to AT&T.

The device also has WiFi, DLNA and remember that a visit at the FCC for a product doesn’t mean that it will launch in the USA… ever. The Eluga brand was first detailed at MWC 2012 and it covered a smartphone back then and now this 10.1 inch tablet. This Android 4.0 model had a TV tuner in the Japanese version and a dual core ARM CPU at 1.2 GHz, probably a TI OMAP 4430 unit.

It also had 1 GB of RAM, no camera at the back, so it should be a low price affair. Keep in mind that the Japanese slate may not be one and the same with the US one, especially since TV tuners aren’t as big in USA as they are in Japan, for example. We would certainly like a CPU upgrade, I’ll give you that much and maybe an added camera as well.