NVidia is one of the top hardware manufacturer which poses for great expectations for today’s mobile market. For this year alone we have from NVidia the new Tegra 4 chip, that offers performance way past any other platform on the market, and the Project Shield gaming console.

We’re always asking what’s next when it comes to technology, especially in the so crowded and fast forward moving mobile market. After Intel has decided to let us now some of their plans for this and next yer, NVidia are also willing to unveil some of their solutions for the near future, up to 2015.

Till 2015 we can expect NVidia to release new Tegra platforms, including high performance graphics and battery-life saving technologies. Apparently the first to come in 2014 will be codenamed NVidia Logan and it features a Kepler GPU enhanced with CUDA and OpenGL 4.3. For the year after in 2015 we can expect Parker to deliver ultimate performance, featuring the Denver CPU, Maxwell GPU, and FinFET. 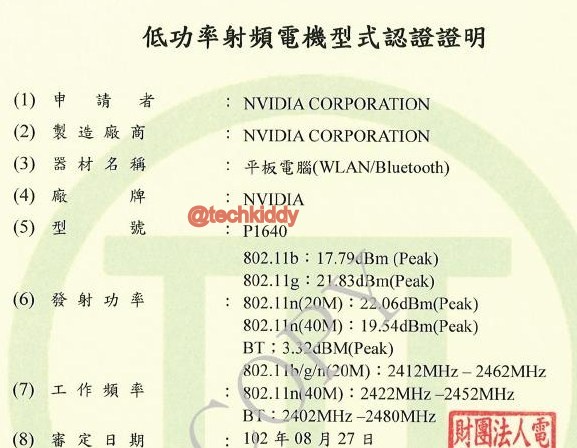 Nvidia Tegra Tab P1640 Tablet Gets Approved by the NCC