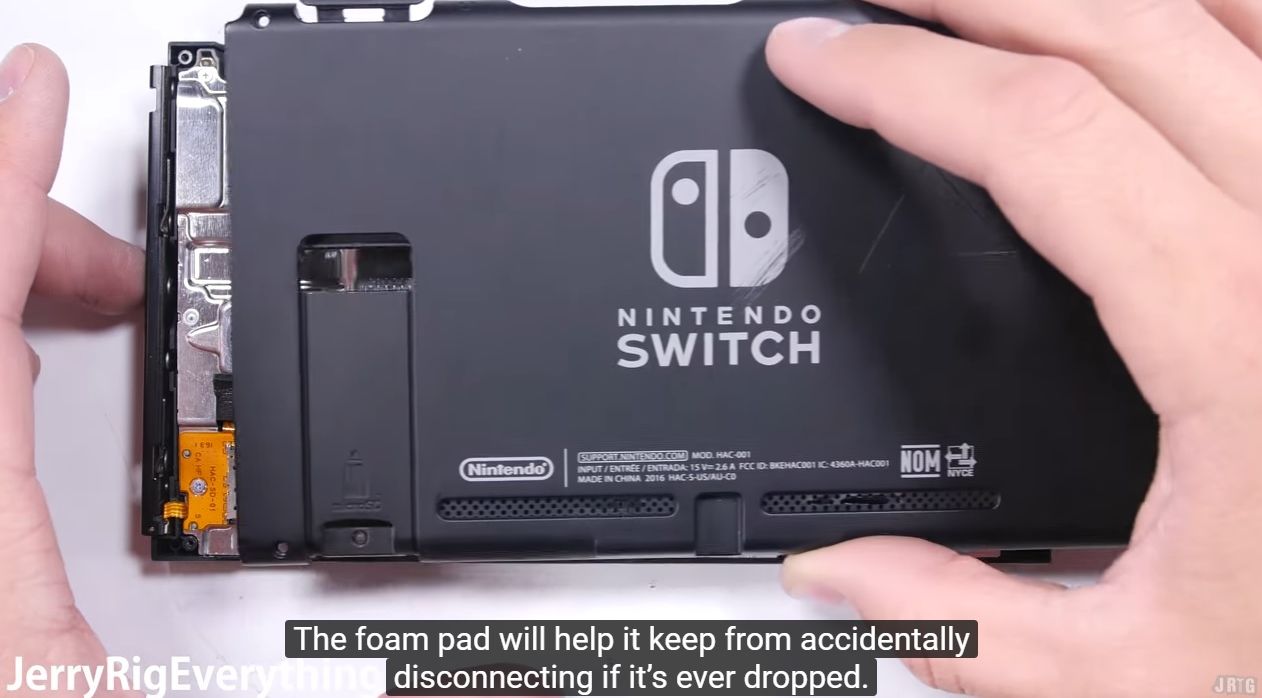 We saw JerryRigEverything bend and scratch testing the Nintendo Switch a few days ago and now the same beat down unit is taken apart in front of the camera. We love a good teardown and that’s exactly what we got after the break. 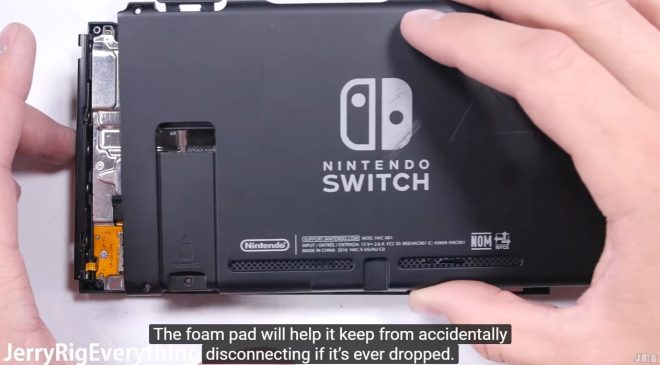 It seems Nintendo didn’t go crazy with adhesive here, which is a good thing, making repairs easier. Regular Philips screws keep the side areas into place and the metal plate under the plastic back apparently had human prints on, so you can tell someone assembled it by hand. There’s lot of modularity under that plastic case and a setup that can be easily called “LEGO-like”. 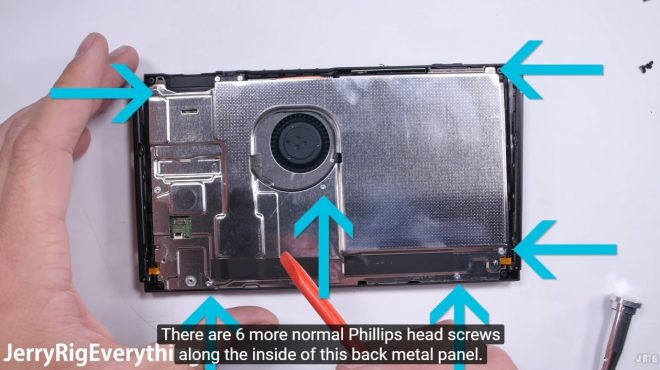 A glob of thermal paste is applied to the metal plate and we also have a very generous heatpipe, to avoid any type of overheating. The heat goes into two directions, one of them spitting out the heat at the top. The screen does include adhesive and the battery wasn’t exactly very easy to remove, from what we saw, as the process is a bit risky. The fan is also quite big for a 6.2 inch device, yet another method of cooling down the machine. 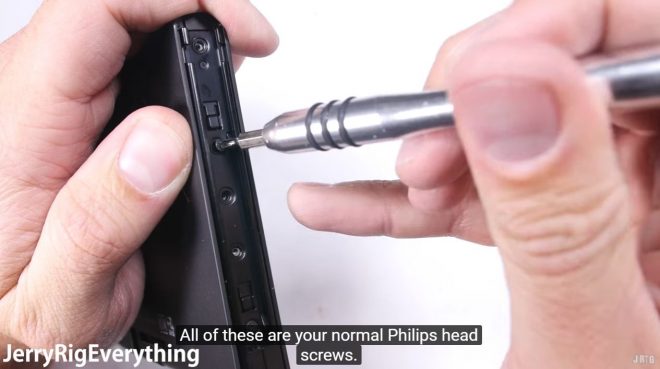 Towards the end of the video we also saw the device being put back together, which was actually easier than one would expect. Great job JerryRig! And by the way the console works even after the teardown.