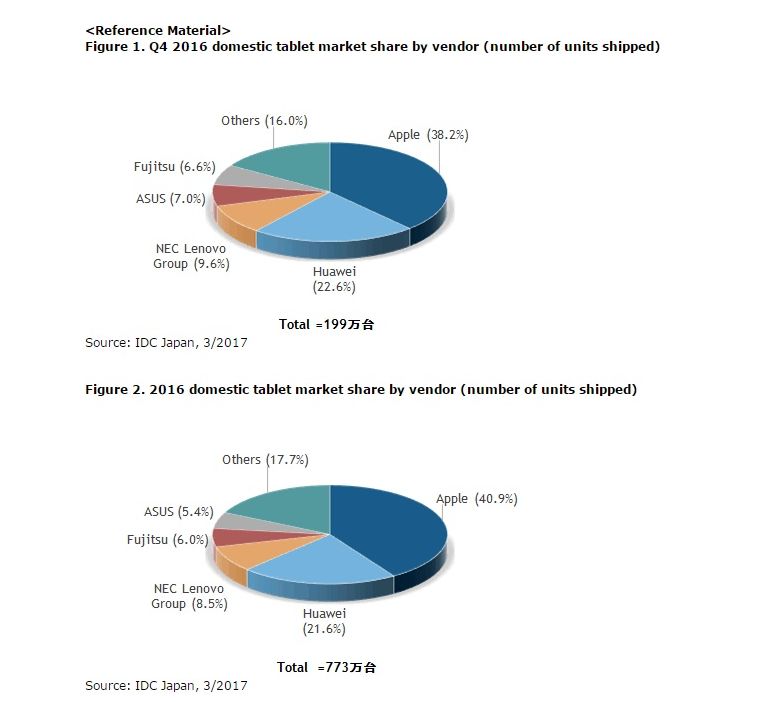 After learning how tablets are doing in Australia, let’s take a tour in Japan. IDC Japan published the tablet market share pie chart for the Japanese market. Turns out that Apple rules that area and we have more figures below. 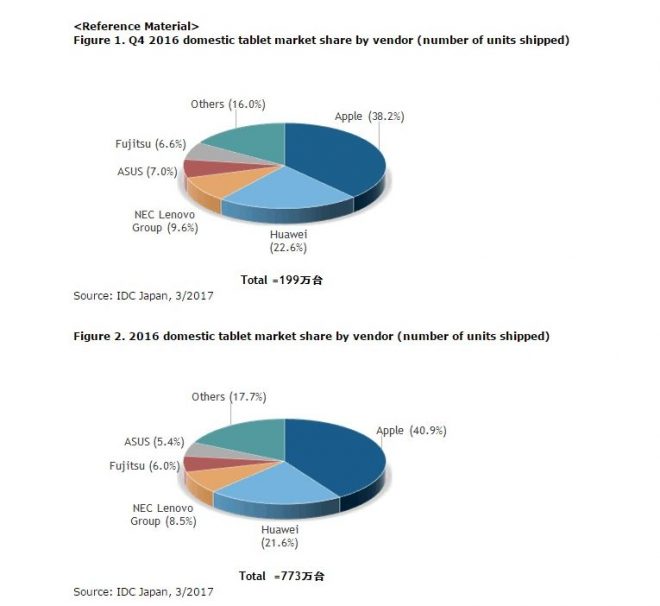 We also expect at least one rival to go past 10%.