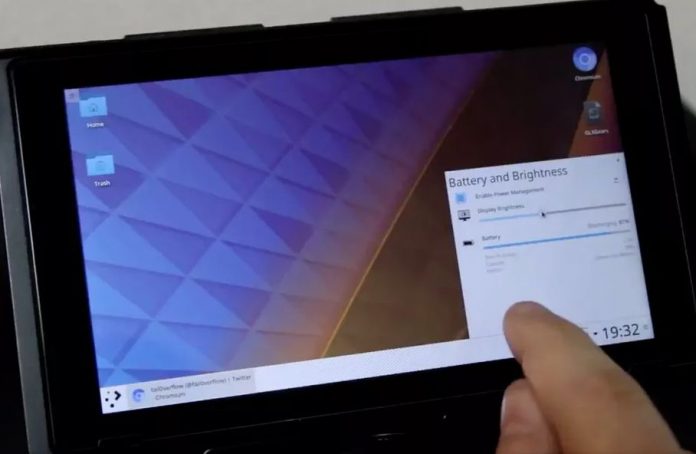 A few weeks ago we had a piece on this website, covering a nifty workaround and hack that brought Linux to the Nintendo Switch. It was pretty basic and just starting off, but now it has evolved into a functional Linux installation on the console.

Usually modern consoles are tougher to hack than they used to be, but Nintendo somehow had their units hacked much faster than an Xbox or PlayStation. Hacker group fail0verflow managed to bring Linux to the Switch the last time, using NVIDIA Tegra exploits inside the device.

Now they posted a full video of the Linux distribution running on the hacked Switch. It even has touchscreen support, a web browser that works and a GPU-powered demo application. Fail0verflow claim that the bug they’re exploiting cannot be patched and there’s also no need for a mod chip.

I’ve heard that there’s a bit of a patch and upgrade happening in the NVIDIA/Nintendo production lines to get rid of the bug, but it only applies to future units. Getting Android on Nintendo Switch is just a matter of time and I guess Windows isn’t far behind at all, of course in an ARM flavour.

As usual you do such hacks at your own risk on the $300+ console.

Code execution is all the rage these days, but can your Switch do *this*? 😉 #switchnix pic.twitter.com/NMnBq61tOM

Nintendo Switch Gets Updated With Function That Lets You Find Lost...