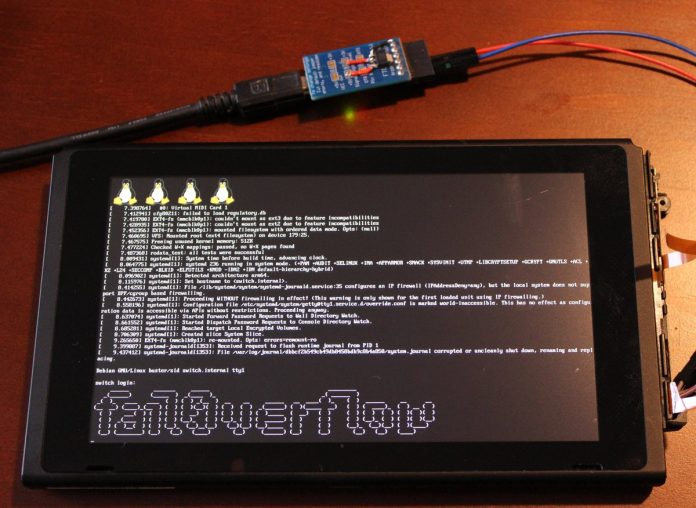 While some people want to bring full fledged Windows apps to Android, others are simply happy with running Linux on the Nintendo Switch. That has just happened, courtesy of hacker group fail0verflow, which detailed its adventures in the field below.

They shared a photo of the Nintendo hit console running Debian, a distribution of Linux. The group says that Nintendo won’t be able to fix the vulnerability with any sort of future firmware patch. According to the group, there’s a flaw in the boot ROM associated to the NVIDIA Tegra X1 system on chip. This makes it so that when the console starts, it reads and executes a piece of code stored in a read-only memory. The code contains the instructions about the booting process.

The boot ROM is stored on the chip when NVIDIA makes it and can’t be altered in any sort. Software updates make no difference and won’t affect the boot ROM. The only fix is to make a new batch of chipsets, which Nintendo may ask NVIDIA to do. Replacing the OS and boot ROM on a device is a big deal and when it’s done easily the device maker is surely not happy.

Apple has been protecting itself from this for many years now, while Google and Android partners are more open. What this means is that it’s a matter of time till we start seeing Android on the Nintendo Switch and we’ll also see homebrew stuff and pirated games, which certainly hurts Nintendo.

Way Too Optimistic Study Says 10.7% of Japanese Population Will Buy...