There’s been a rumor at some point that we’ll see a new BlackBerry PlayBook launched with BB 10 OS on board and that rumor was quickly dismissed by BlackBerry. Now the rumor is back but this time it has been confirmed by senior BlackBerry officials for an UAE website.

The already existing tablet will get a BB 10 update and speculations say that the new model may be a 10 incher, unlike the first one that was a 7 incher. There will also be an all new NoteSmartly app for the PlayBook, that will be released just in time for the debut of the new PlayBook, claimed the official. No idea what the specs will include, but I’m sure that modern technologies like wireless charging, NFC, LTE and maybe a Full HD screen will be there. 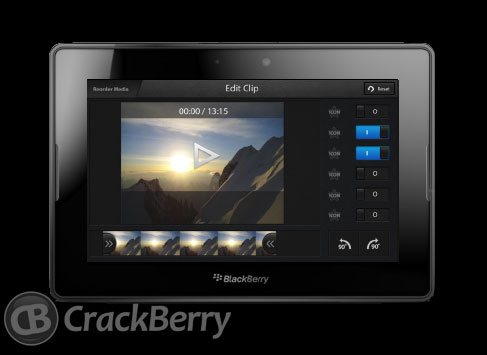 BlackBerry 10 OS Will Get a Video Editor, Screen Sharing