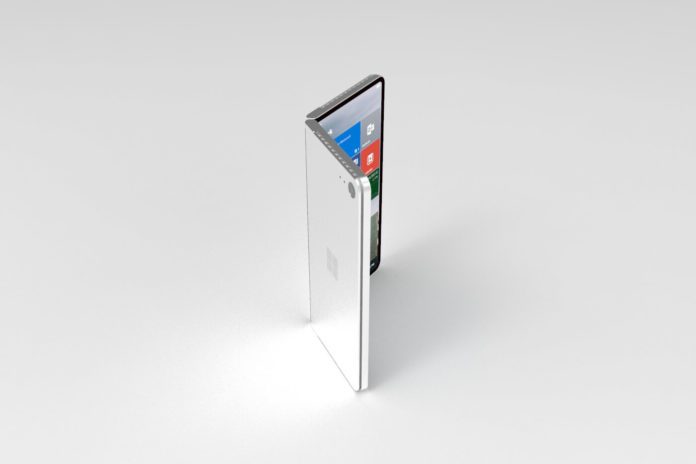 There’s a new rumor going around and saying that the Qualcomm Snapdragon 1000 processor was specifically created for Windows on ARM devices. Nothing exactly new here, but we also have a very strong candidate for that premiere: the Microsoft Andromeda device.

Also known as the Surface Phone, the device is now said to be packing the S1000 CPU, which is also meant for laptops, desktops and even the HoloLens 2. The Qualcomm Snapdragon 1000 CPU is certainly going to be powerful, judging by the name alone. Microsoft Andromeda isn’t the sort of modern flagship that competes with the Galaxy S9 or iPhone X, but rather a separate beast.

It’s meant to usher a new age of Microsoft hardware and a new type of design. It won’t look like your average smartphone and not even like your average foldable. It should have a discrete hinge down the middle, two foldable screens and a plurality of formats to approach. Microsoft already published a slew of patents over the last year, all of them related to the Surface Phone, so hype is huge.

The rumored device will be a dual screen machine, with Windows 10 on ARM, or some sort of Windows Core version. Mum’s the word on whether or not this device will actually be ready for the fall release…