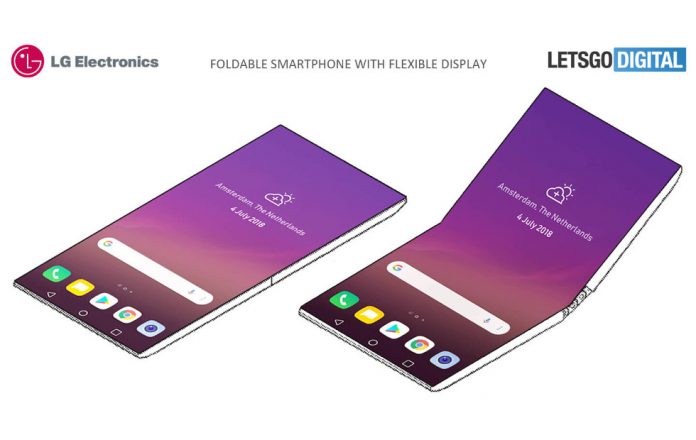 LG joins the party of device makers with foldable design, as shown by the patents below. We’ve got the Microsoft Andromeda, Samsung Galaxy X, Huawei and Oppo’s similar projects too. LG has the usual way of going its own direction, by folding its new phone right down the middle, but in a vertical fashion.

This seems like a narrow bezel machine, actually ultra narrow and we’ve got a sort of “acordion” mechanism right in the middle of the handset. A small gap in the hinge also appears and LG uses a hinge design with an outer side that extends and slides as the device closes. This is supposed to reduce the stress and pressure on the screen panel. The biggest problem with foldable phones is how resilient they are to the stress. 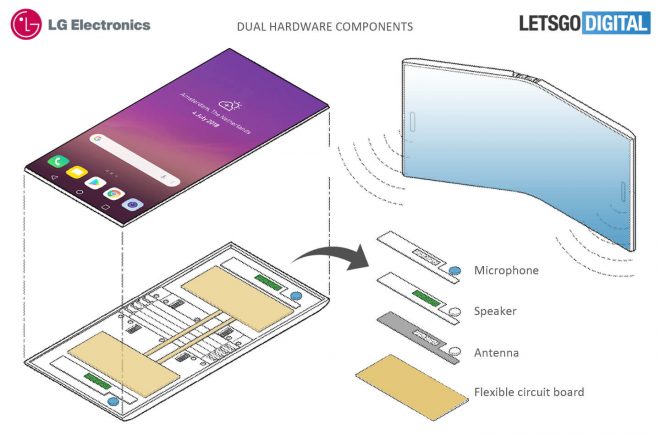 If you fold it too many times it could fail at some point. LG prefers to go with a simpler way to avoid that. When it’s folded in, the LG phone feels and looks like the Samsung patent that left a gap in the hinge. However, LG uses a design that involves magnets on the two ends of the smartphone, in order to keep the device closed and prevent it from opening up by mistake. 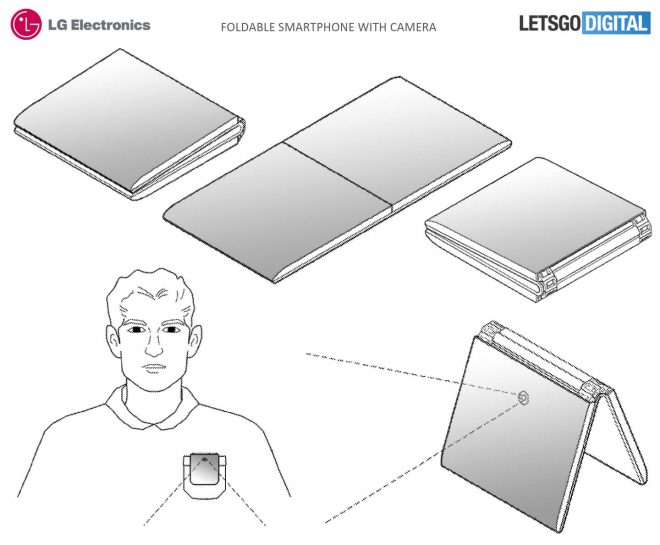 The patent also shows two antennae, two speakers, two mics and there’s a possibility you can use the device in two types of orientation. There’s no front camera here, at least not a visible one. We also see the device in a sort of stand/tent format, which may make it ideal to be placed in a pocket as some sort of webcam in your breast pocket. In the end it’s all just a patent, so let’s not read too much into it.

It still feels too fragile for me.