Chinese company Lenovo has finally launched one of the devices we liked the most at MWC 2013, the K900 phablet, based on a powerful Intel Atom dual core CPU. The device is available in China starting today in a black version. 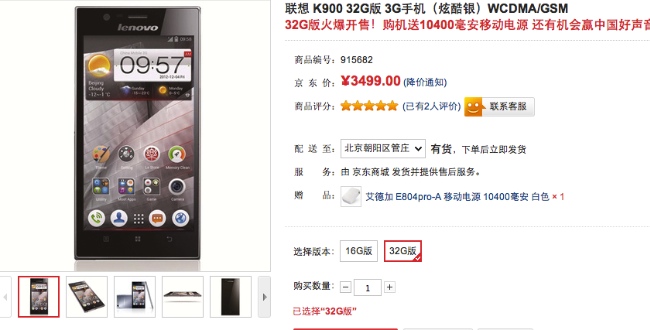 What we liked most about this phablet is the design, with a beautiful silver metallic shell. We were also impressed by its leaked benchmark results, by the way, that beat several quad core units. Its screen is a bright IPS LCD and upfront there’s a 2 megapixel camera. This model doesn’t do LTE, as far as I know, so you’re stuck with HSPA+. Are you getting one?