It’s all Mini in Samsung’s world and when they’re not miniaturizing the Galaxy S4, they’re doing that to the Galaxy Note devices. Apparently, they’re now working on a Samsung Galaxy Memo, a mini version of the Note.

SamMobile has supposedly received imagines (that are 99% fake, if you ask me), showing off a new model of device called Galaxy Memo. This newcomer packs a 4.5 inch Full HD display, a LCD not Super AMOLED, Android 4.2.2 Jelly Bean as the OS and a quad core 1.4 GHz processor. There’s also 2 GB of RAM on board and an 8 megapixel rear camera. 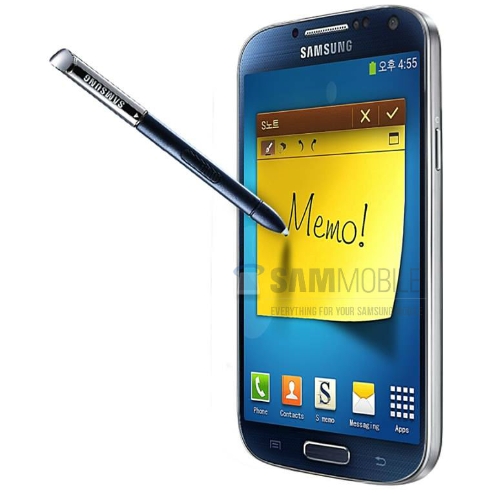 The S Pen stylus is also included and frankly speaking I can’t imagine a room for this model in the real world. Its only appeal would be the price, but that would require some sacrifices, maybe on the resolution side, or the CPU kind (Mediatek?!). Of course, such a model can be done, but the design you see here is a mere render, so don’t take it for granted.