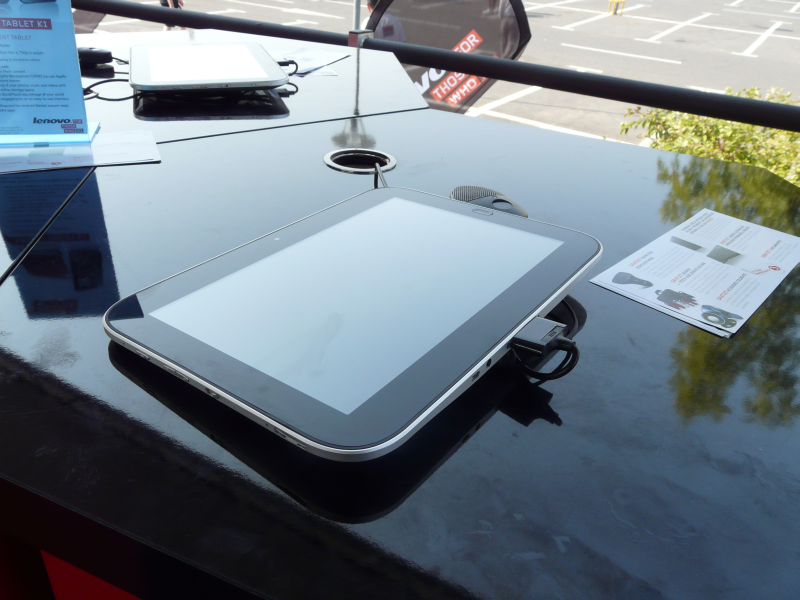 As I’ve detailed for you here, I was present during the Lenovo Do Tour 2011 stop in Romanian reporting for Tablet News and sister site Mobilissimo.ro. Well, during my time in the Lenovo truck & expo, I had the chance to get some hands on time with the Lenovo IdeaPad Tablet K1, that’s pictured and detailed below. 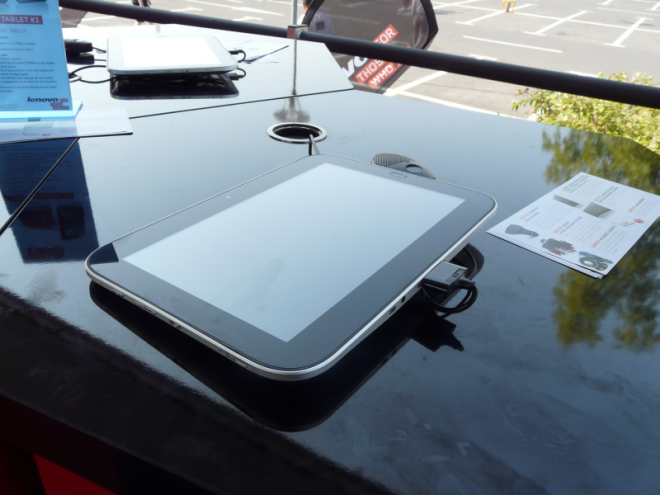 There’s also a bunch of hands on action on video, in case you’re interested. We’re dealing here with a slate that packs a glossy 10.1 inch display with 1280 x 800 pixel resolution and a pretty unique design. The back side is mate and the edges of the slate are very rounded, reminding me a bit of the HP TouchPad. The IdeaPad K1 measures 13mm in thickness, weighs 771 grams and comes with 32 or 64GB of internal memory, plus a microSD card slot.

The device also supports WiFi, Bluetooth, it has a micro HDMI port, 1GB of RAM and a dual core Nvidia Tegra 2 1GHz CPU. Android 3.1 is the OS of choice on it with heavy customization from Lenovo through widgets and a special launcher. Even the classic Android 3.x buttons from the lower left have been tweaked design-wise.

There’s a 5MP camera at the back and a 2MP one upfront, but what I’m more interested in is the software. We have a special launcher with Zones known as Watch, Email, Reader and Listen, plus the web browser in their middle. You can customized these functions with other apps, if you want. However, with all of these loading at the same time, expect quite a bit of lag. 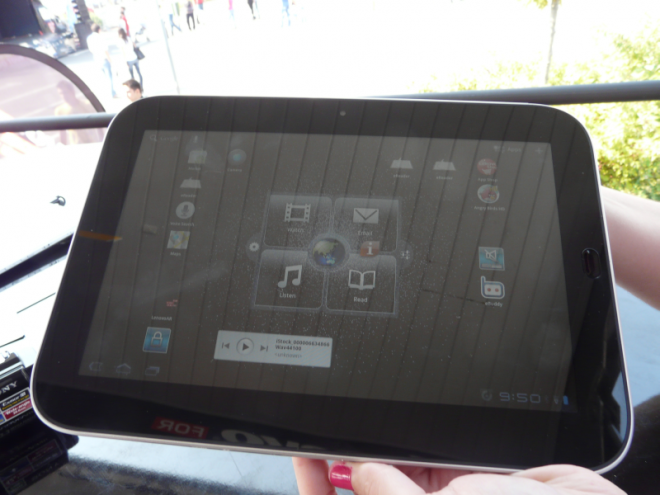 The same lag we found while trying to pinch to zoom in the web browser, but that may have been the fault of the many apps that were opened. And finally, finally someone (read Lenovo) has tweaked the multitasking area in Honeycomb, allowing us to close the apps that are running now by pressing an X in their upper corner.

IdeaPad K1’s interface also includes an app wheel, triggered by a dialog button on the bottom toolbar. This one shows a carousel of social apps, that can be customized on its own. Did I mention that Lenovo has set up its own App Shop? Dozens of apps will take care of all your needs in this section. Overall, the tablet finally differentiates from other Honeycomb devices, so that’s a good thing, but the glossy display and bulky design are not that impressive.

More details can be found in the videos included in this article. 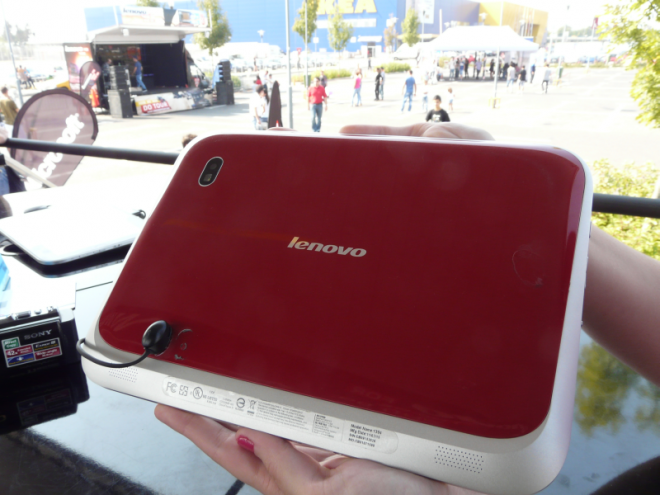 Microsoft Surface Duo Finally Up for Preorder, Priced at $1399; Full...