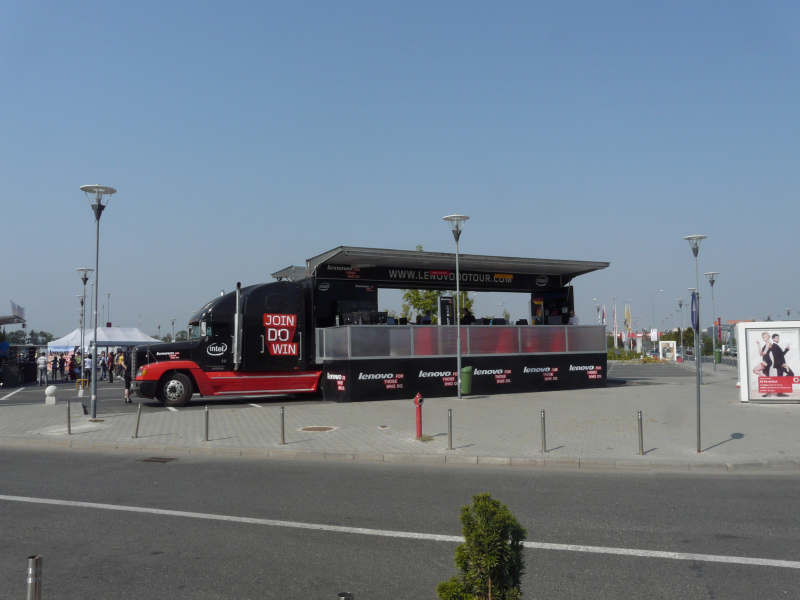 We and sister site Mobilissimo.ro decided to drop by at the Lenovo Do Tour 2011, an event that took place in Romanian capital Bucharest. A bunch of huge Lenovo trucks pulled over in the parking lot of a local mall and unveiled the latest in laptops and tablets made by Lenovo. We were there to catch it on tape and the result is what you can see below. 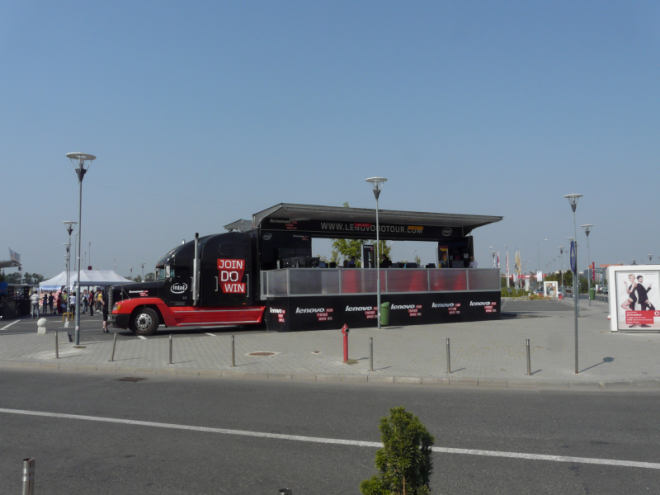 When I arrived at the site of the event I was welcomed by an extremely loud volume coming from the Lenovo camp. There was a Guitar Hero contest going on, with a bunch of guys dueling for hardware and other prizes. Moving on to the goods, I discovered this giant truckload of laptops made by Lenovo, and 4 interesting tablets. 3 of them were the same unit of the Ideapad K1, while the really unique model was the Lenovo Thinkpad tablet.

Sadly, the Lenovo guys and gals around were not even in their 20s and most of them weren’t able to provide any valid specs or hardware features. Luckily, there were some pamphlets i could use to get some decent info. Having spent the better part of 30 minutes with the IdeaPad K1, I have to say that it’s a highly glossy device, with what looks like a decent 5 megapixel camera and Android 3.1 with some solid customization. 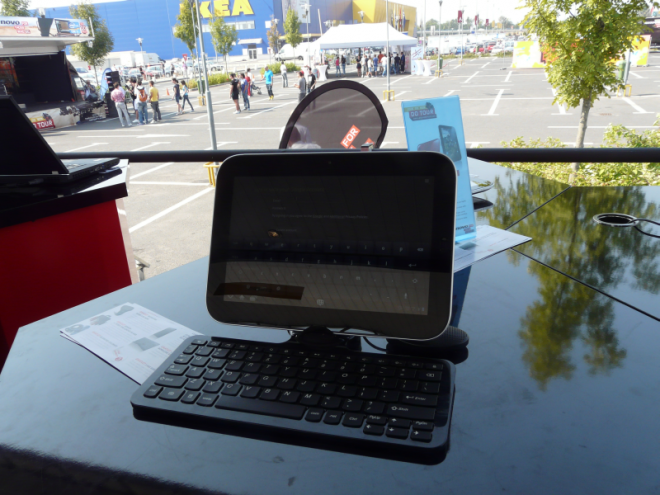 By “Solid” I mean that the widgets are innovative, big and different from the ones used by the competition. We have a social widget, one for multimedia and a bunch more for weather and press reading. Other than that there was a lag easily felt in the web browser when pinching to zoom… Moving on to the Thinkpad tablet, this was more of a business model, with stylus included and text recognition, plus a full USB port, but more about that in the full hands on previews of these tablets that I’ll publish in the following hours.

Next up I moved to a highly resilient Thinkpad laptop, that you can see in action below. This model is supposed to open and close for about 40k times without suffering any damage. How cool is that?

And then came the laptop/tablet Lenovo ThinkPad x220t, that can turn from a laptop to a tablet simply by rotating its screen and entering slate mode. Wish the touch input was better though… unless I’m missing a stylus or something. Also, the device was pretty bulky, but more on that in the following video.

The fashion section was not at all neglected, with a bunch of colorful netbooks being lined up for display and some eager youngsters of 50+ years touching them all and having fun with the products, as you’ll see in the video that follows these lines. The motifs were great, but I doubt anyone of these netbooks can separate itself from the similar products form Acer and ASUS… right?

Well, that’s about it and aside from the Guitar Hero contest, I witnessed a FIFA duel and many children with their parents checking out the tablets. There was also a very cool all in one PC made by Lenovo that caught my eye, especially because it was white and glossy. This was a major problem for the entire Lenovo setup, that was exposed to full brilliant sun in the Eastern European Nation of Romania with 30+ degrees Celsius in September. Also the extreme glare bothered me on the tablets.

Overall, the event was a success and I saw that Lenovo is able to deliver on the laptop segment, but I’m not yet convinced by tablets. I guess I’ll have to review them to figure out if they’ll succeed. 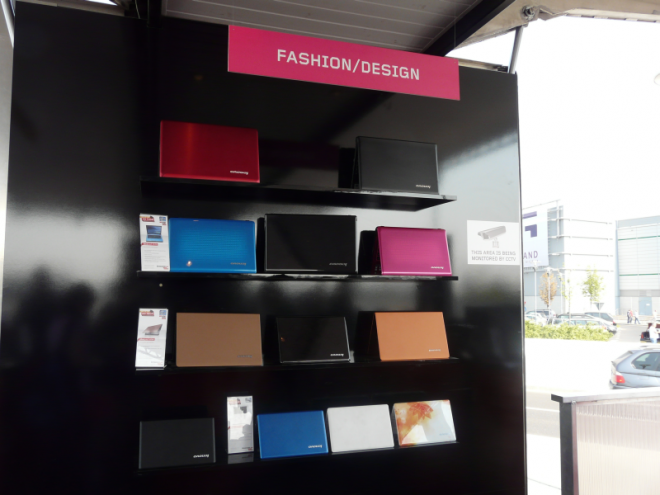 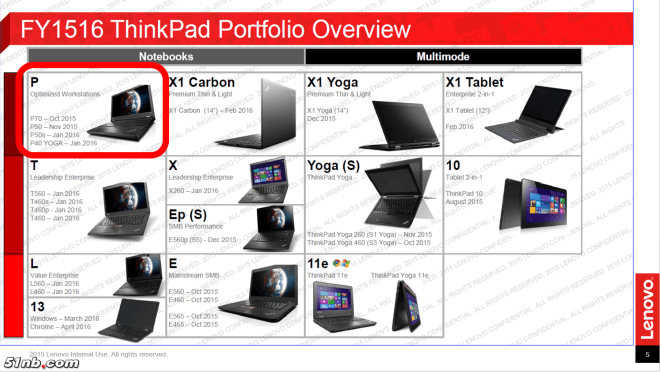