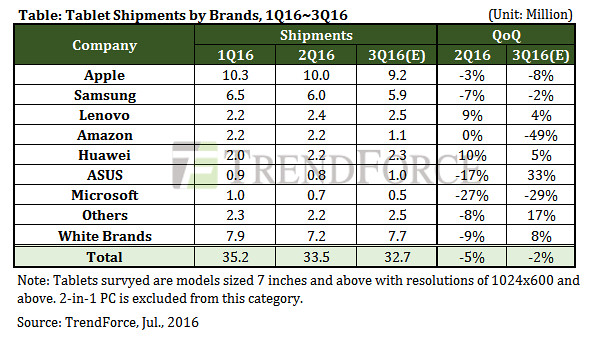 While the whole tablet market is dropping, there are a few companies turning a big profit and increasing their sales. For example Lenovo and Huawei registered growth, on account of a solid portofolio of hybrids and novelties.

TrendForce reported that the tablet shipments fell 4.8% in Q2, while Lenovo and Huawei grew. The drop we just mentioned is on a quarterly basis, while on year it’s an 8.8% decrease. Apple remained the top seller, with 10 million models and Samsung was second with 6 million units. Lenovo is third placed, with a slight increase from Q1 to Q2, from 2.2 million to 2.4 million units.

Amazon is placed fourth, sticking with 2.2 million in both quarters, while Huawei grew thanks to the MateBook from 2 million to 2.2 million models. ASUS couldn’t get a boost from the new Zen models just yet, losing 0.1 million sales, but Q3 predicts a bump by 0.2 million. As more and more hybrids appear, the iPad Pro and Surface Pro 4, big growers last year don’t sound like a good deal anymore, because alternatives are better priced.

While Lenovo and Huawei may seem hot right now, it may just be a seasonal trend, if they don’t follow up the growth with more solid products. Huawei doesn’t usually launch tablets, but Lenovo is familiar with the segment, having a lot of variety here. IFA 2016 will tell us more…

Lenovo Teases Qualcomm Snapdragon 870 Tablet With Android On Board 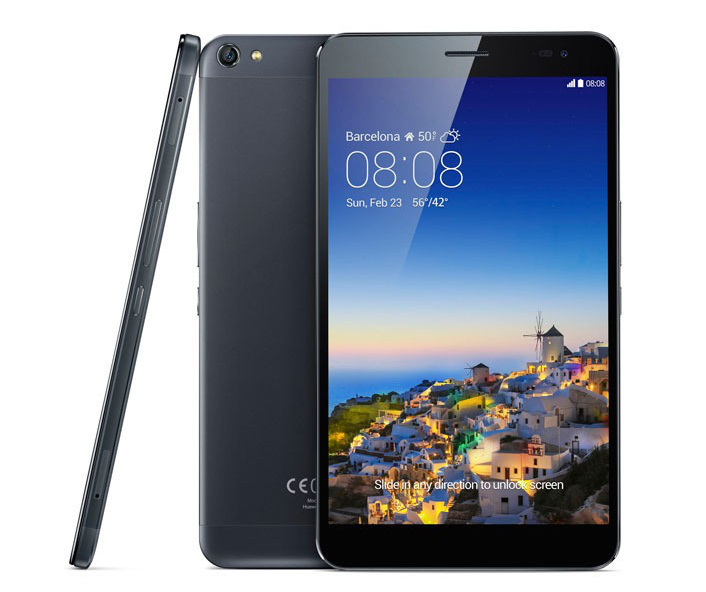