Besides products released for public, at the Computex conference we can take a look on device prototypes too. Intel it’s one company that this year showed off the Llama Mountain computer prototype that runs Windows 8.1.

We find out that Llama Mountain is a Broadwell-based 2-in-1 prototype that contains a very thing motherboard and a sisterboard with storage memories and WiFi radio. Intel team decided to make the boards single-sided to be very thin. Intel showed how this type of motherboard was introduced into a 12.5 inch tablet. With this kind of single-sided board, producers can bring bigger battery units inside the tablets.

This concept by Intel weighs 670 grams, measures 7.2 mm in thinness and it’s running Windows 8.1 Pro operating system. Thanks to the small footprint of the motherboard it’s very easy to see the Broadwell system introduced in set-top boxes, tablets, thin computers or TVs. Unfortunately, Intel won’t seel this prototype on the market, but we expect something similar very soon. 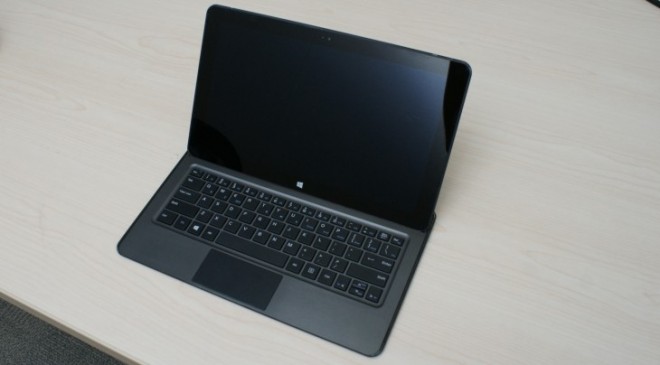