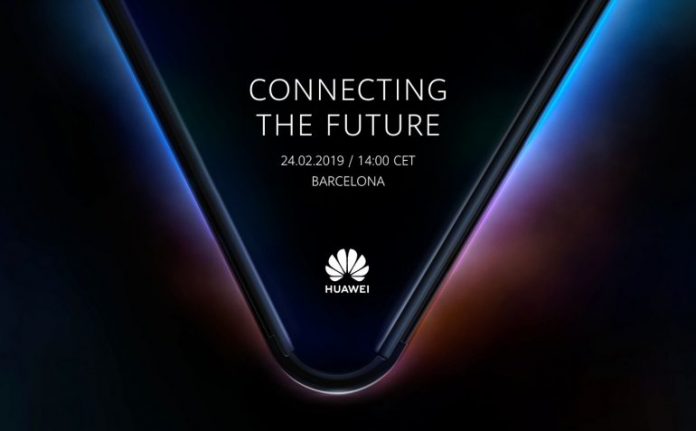 We already knew that Huawei was bringing 5G stuff and Huawei P30 phones at MWC 2019 on February 24th, but today we get a teaser for another new thing. It’s a foldable phone, that’s going to debut in Barcelona as well. We have a fresh teaser that’s pretty clear on this matter.

Last we heard, Huawei was actually bragging about making the first foldable phone also a 5G phone. If you look closely at the teaser, you can see two screens being split like a V. It’s a clear opening of a foldable phone, with curved sides. For those of you wondering, things will go down on February 24th at 1 PM GMT time and we may even be there to partake.

The handset is supposed to be very large and not use a hinge like the Surface Book or other foldables. Instead it’ll use a special flexible material, that bends when you need to open it. A 7 inch diagonal or more is expected, taken down to 4.5 or even 5 inches when the device is folded. According to the Chinese sources, the phone will sport a Kirin 980 CPU and 5G support.

It’s not very clear if it’ll be a Honor Magic-style prototype or a commercial device. I’d go with the first version.