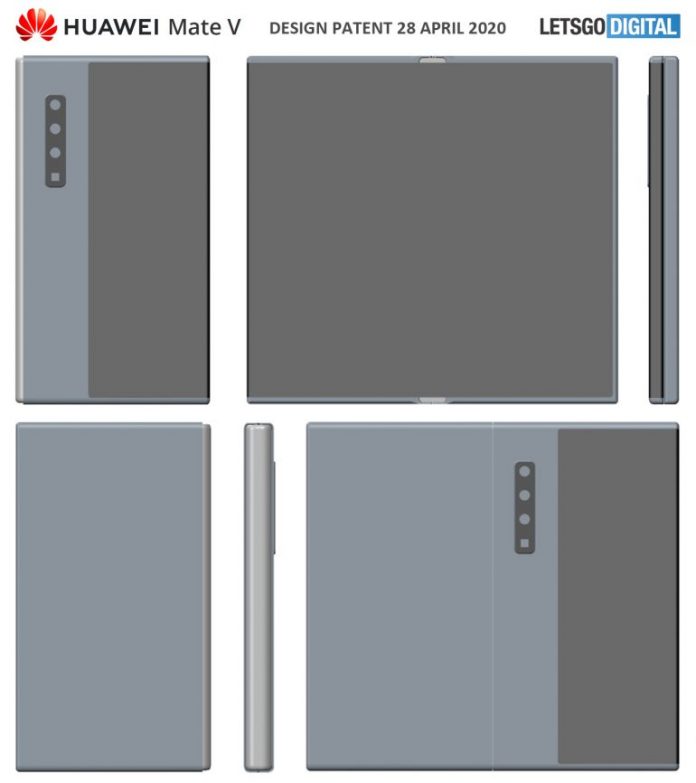 Let’s face it, the Huawei Mate XS wasn’t exactly the follow up to the Huawei Mate X that we had in mind, so we’re still waiting on a proper successor. That foldable phone may be dubbed Huawei Mate V, according to a new listing and trademark from Huawei, uncovered by Letsgodigital.

It’s interesting that we kept hearing about the Galaxy Fold 2, but there were very few or almost zero leaks and rumors related to the next Huawei foldable phone. Now the so called Huawei Mate V pops up, after Huawei made a filing for a trademark with the EUIPO (European Union Intellectual Property Office). The filing was made for a product with the name “Mate V”. It was intermediated by an agency in Germany, Foressters and they also trademark Huawei AR Glass and VR Glass. 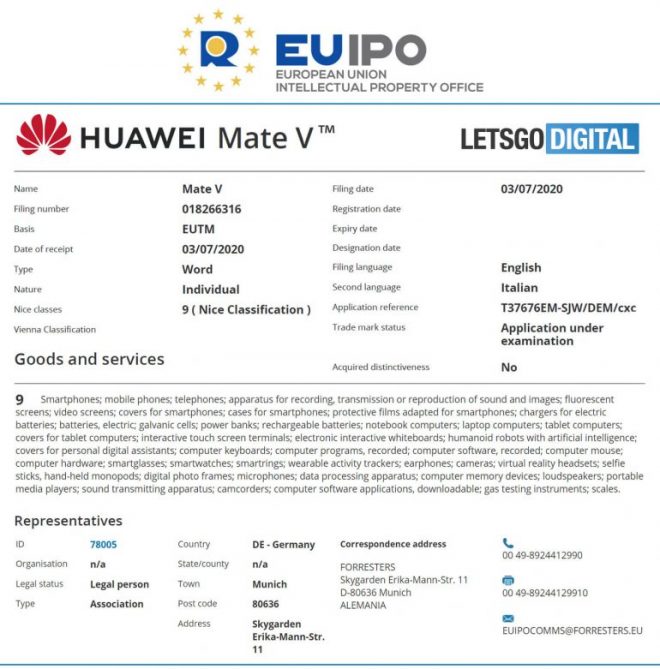 In the end the Huawei Mate V could be anything, going from a foldable phone, to a headset or even a watch, since Huawei is rumored to be making Mate watches this ear. Huawei Mate X was launched in 2019, as the first Huawei foldable phone, but it was postponed a few times. It only came out in November in a finalized version, with less bugs. Then came the Huawei Mate XS with a CPU bump and some other minor tweaks. It was definitely not a version 2.0.

What’s expected to change on a Mate XS2 is the screen protection, perhaps with UTG like Samsung is doing, or maybe a total format switch with in folding screens instead of out folding. Letsgodigital also reported on Mate foldable phone with a zoom camera (periscope) and a second screen. A stylus may also appears. Expect a debut in October with the Mate 40 and a powerful 5 nm Kirin CPU. I’m quite unsure about the Mate V name…