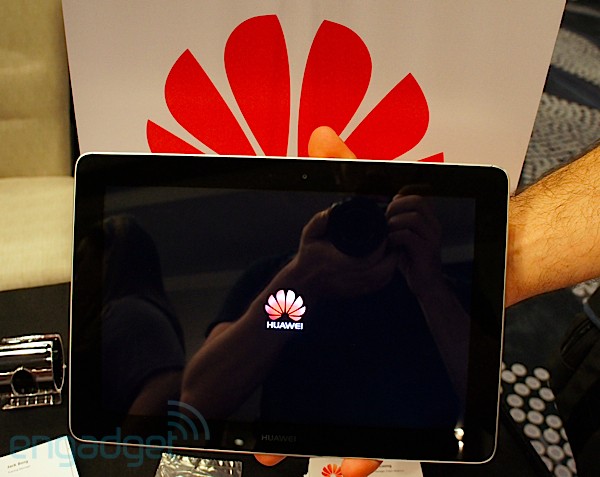 The lucky guys of Engadget managed to have some one on one time with the Huawei 10 inch MediaPad tablet at CTIA 2012 this week and posted their impressions and some footage on their website. This model was also present at MWC 2012, but people weren’t actually allowed to play with it.

Now the Huawei MediadPad 10 is back and it’s pretty much a fingerprint magnet, at first sight. We’re dealing here with a slate that supports a 1920 x 1200 pixel resolution, uses an IPS panel display and an aluminium body. The device feels great in the user’s hand and has a great balance between weight and premium feel. It’s also an 8.8mm device, so while it may not be the thinnest tablet out there, it’s also not bulky. Huawei MediaPad 10 weighs 13 ounces and offers the user a potent 6,600 mAh battery.

Just like the quad core Huawei smartphone announced at MWC, this tablet uses an in house developed processor. This time it’s a 1.5 GHz quad core K3 Balong CPU doing all the hard work and running Android 4.0 ICS. The OS is in its stock version, aside from some minor tweaks in the icon and keyboard area. The guys of Engadget got a 2,696.7 ms score with the device in SunSpider, 2,737 points in Quadrant and 30.1 fps in NenaMark 2, although the last 2 are a bit underwhelming. More details can be found in the source link below! 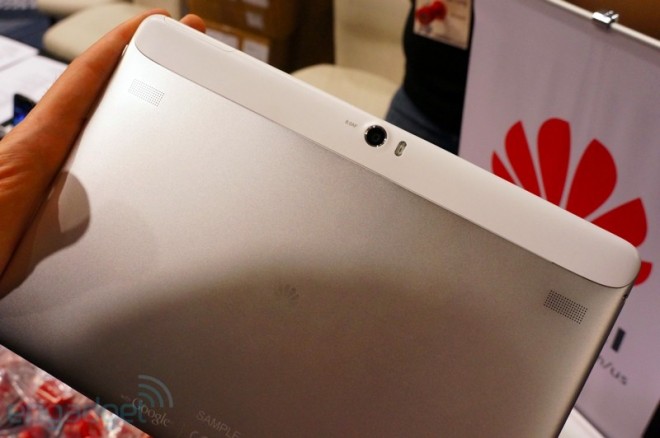