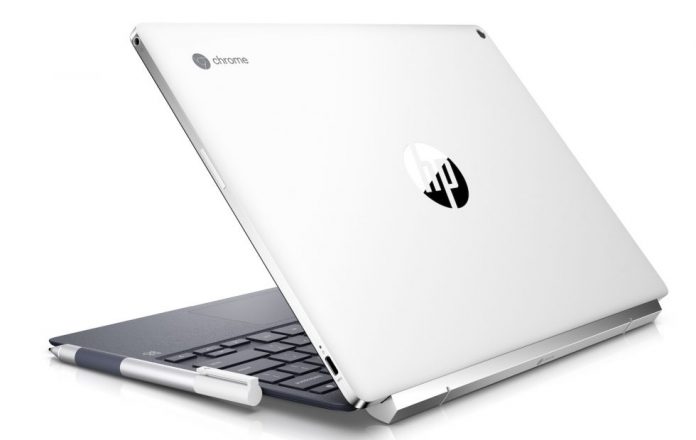 Microsoft’s recently launched Surface Go seems to have been inspirational for other companies, like HP, who is making a new version of the HP ChromeBook x2. The machine will still have Chrome OS on board and a CPU and hardware setup similar to the Surface Go.

The info comes courtesy of a leaked HP technical document, that shows a branch of the Chromebook x2, which was the first detachable Chromebook. The original Chromebook x2 had 4 GB of RAM, 32 GB of storage and a 12.3 inch screen with a 2400 x 1600 pixel resolution. It had a pretty big $600 price tag, which is a bit higher than the Surface Go. 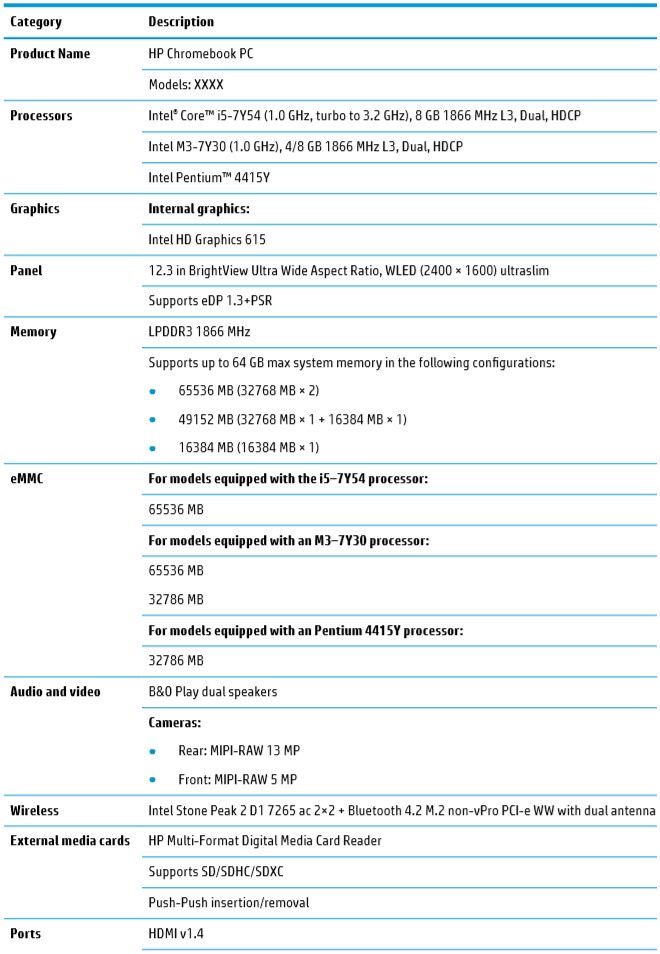 The folks of Tabletmonkeys have come up with a specs list that includes an Intel Core i5-7Y54 CPU version and an Intel Pentium 4415Y version, which is the same as the Surface Go. You can also go up to 8 GB of RAM and B&O Play dual speakers. HP’s main appeal is the extra 2 inches of screen and with a bit of luck, the price will become more decent.