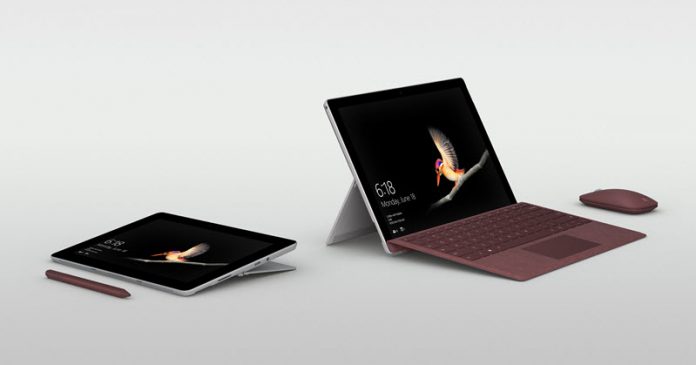 After some late night leaks with the smallest Surface tablet ever, today Microsoft finally announced the new device called Microsoft Surface Go. This one is promoted as the smallest device in the Surface range and also as the most accessible one to date from this productivity-focused line-up.

Microsoft Surface Go seems at first glance to be a smaller version of Surface Pro, a device that brings us a 10 inch screen with a 3:2 aspect ratio and a resolution of 1800 x 1200 pixels. Like all models in the range, this offers a kickstand that can be placed in all angles depending on how you use it. 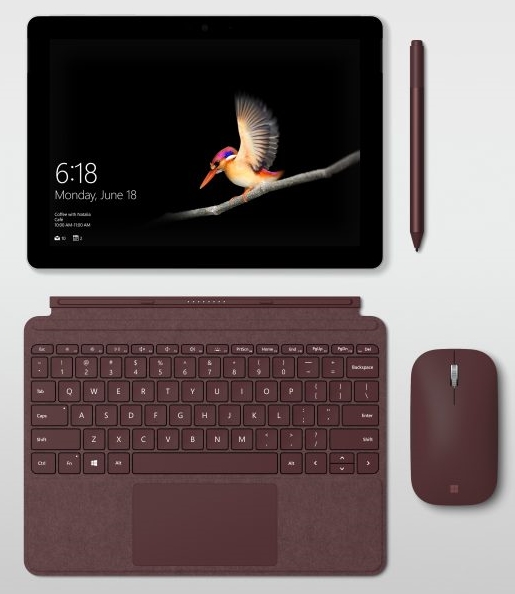 It has a USB-C 3.1 port that can be used to charge the battery but also to output the video signal and data to external devices, and the operating system running in this case is of course Windows 10. Surface Go comes equipped with a dual-core Intel Pentium Gold 4415Y (Gen7) processor, a chipset that Microsoft chose because of the balance between performance, autonomy and thermal properties that allow for a thin fanless design.

We get up to nine hours of autonomy, and we find that for now Surface Go it’s only available in Wi-Fi Only, while LTE will be released later this year. The tablet has 4 or 8 GB of RAM, 64 GB of eMMC or 128 GB SSD, and you can optionally purchase a qwerty keyboard and a stylus. Microsoft Surface Go debuts today at pre-order and deliveries are scheduled to begin in August! Below you have price details. 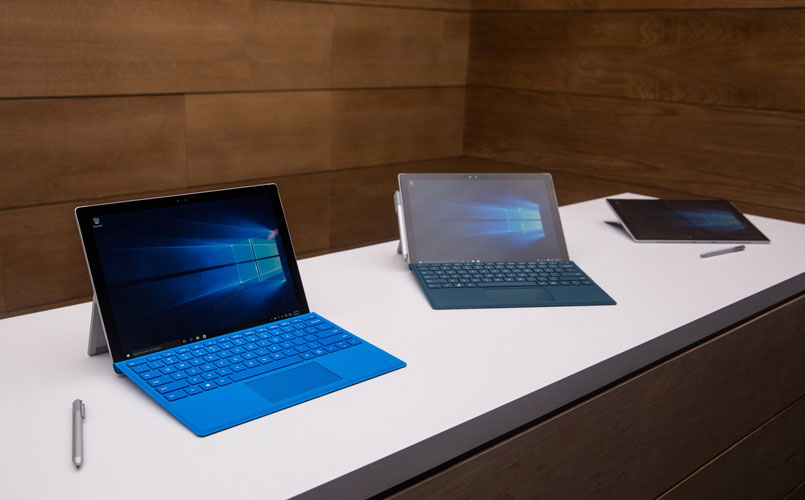