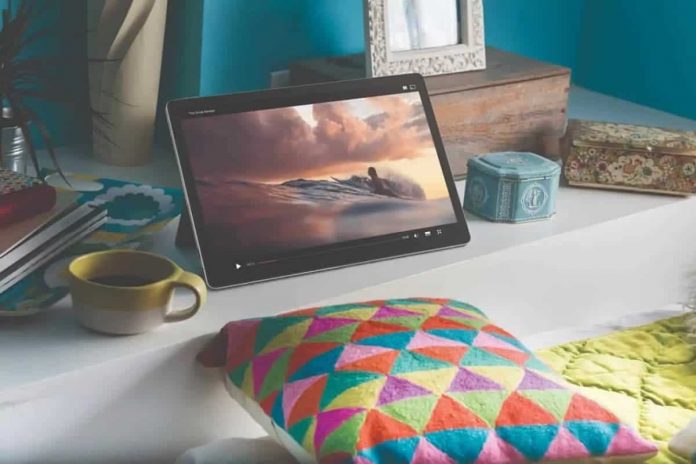 HP unveiled a bunch of devices based on Chrome OS yesterday, including an unexpected desktop, but also a 2 in 1 tablet. It’s dubbed HP Chromebook x2 11 and it comes with a Snapdragon 7c processor and optional 4G LTE connectivity.

The HP Chromebook x2 11 is a 2 in 1 tablet, meaning it can go from laptop to tablet and viceversa with ease. It features an 11 inch 2160 x 1440 pixel display, plus a detachable keyboard and USI stylus with pressure sensitive input. HP Chromebook x2 11 will be available from this month at $600 and up. This is one of the few Chrome OS tablets with a 3:2 aspect ratio display. It ships with a new Google app preinstalled dubbed Cursive, a low latency note taking piece of software meant for compatible devices which provide pen input. 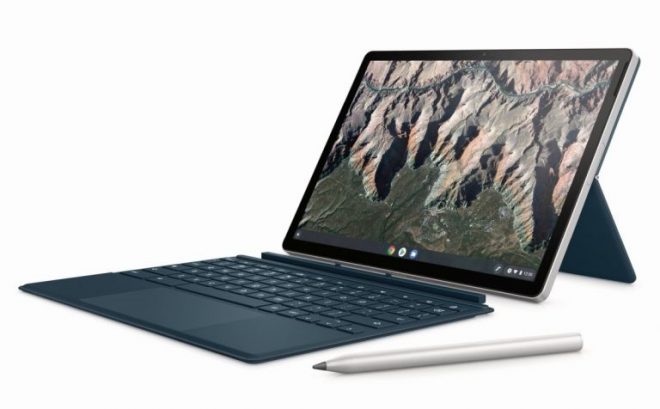 HP also has its own QuickDrop app, which lets its wirelessly transfer photos, videos, documents and other files between other devices, including phones and PCs that have the same app installed. Other useful feature include two 5 Gbps USB-C ports, a microSD card reader and stereo speakers with Bang & Olufsen audio. There’s an 8 megapixel back camera and a front 5 MP shooter.

We also get a fingerprint scanner, Wi-Fi 5 and Bluetooth 5.0, plus a 32 Wh battery juiced up via a 45W USB-C power adapter. The HP Chromebook x2 11 has an aluminum body, a Gorilla Glass-covered display and also a fanless design. It weighs 2.6 pounds with the detachable keyboard included. 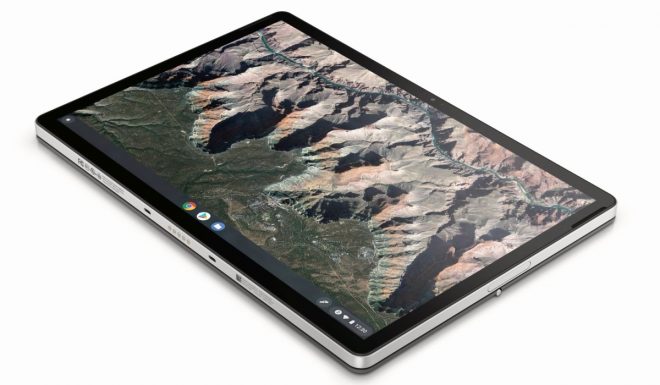 HP provides a variety of specs combos here, from 4 GB of RAM to 8 GB (LPDDR4x) and from 64 to 128 GB, but it’s eMMC sadly not UFS. A rechargeable USI pen is bundled, but the keyboard is sold separately. Prices start at $599.