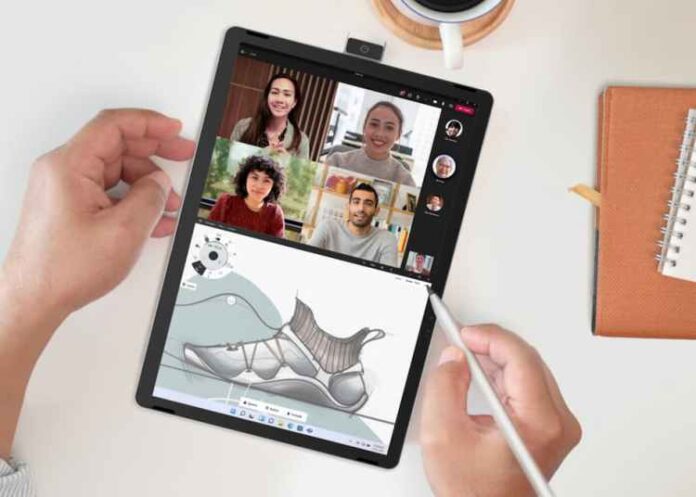 HP held a pretty big event yesterday, during which it unveiled a bunch of products, including a new 11 inch tablet. It’s simply dubbed as the HP 11 inch Tablet PC and it uses Windows 11 and a Flip Camera. The product is a light and thin device designed for productivity and creativity on the go.

It’s also sporting the world’s first rotatable camera on a tablet and the first tablet with a 13 MP front camera. Obviously it’s meant for video calls. HP 11 inch Tablet PC uses Windows 11’s Snap Layouts in both landscape and Portrait model and it also makes use of the built in kickstand to view content, edit between two apps and share content during a video call. 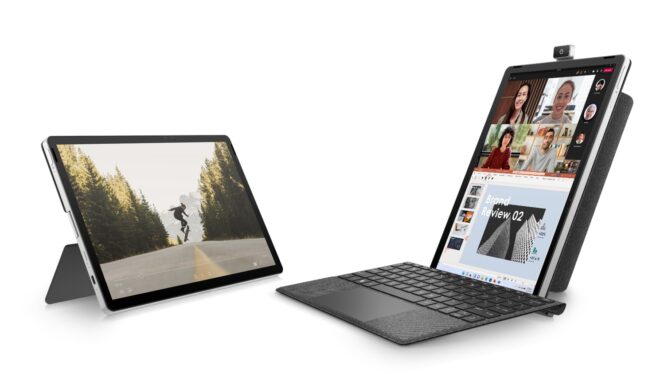 Productivity will be increased using the optional detachable magnetic keyboard, which can also work in portrait and landscape mode. There’s also the optional HP Rechargeable Tilt Pen, the HP Palette software and Windows Ink. You can move between devices to create, work and also game using the SuperSpeed USB-C port. Specs include 4 GB of LPDDR4X RAM, 128 GB of SSD storage, an Intel Pentium Silver N6000 CPU with 4 cores and a 2K display with 400 nits of brightness. WiFi 6 is also here and everything weighs 600 grams. The above mentioned CPU is a Jasper Lake model, a 6 watt, quad core/ quad thread unit designed for low cost devices. It offers a 30% performance jump from the previous gen chip based Intel Gemini Lake Refresh architecture. There’s also a 32.2 Wh batter and a 30W USB-C charger which gives 50% charge in 45 minutes.

The product will be available from December priced at $599.