We’ve seen so many foldable and dual display phones that we’ve gotten accustomed to the format even though it’s not even mainstream yet. The latest such development doesn’t even come from the usual suspects, Microsoft or Samsung, but rather LG. They seem to have patented a foldable phone with a double battery.

I’m actually digging the format, that seems to involve a curved hinge and a laptop-like approach when the device is open. It could actually be a 3 display machine, with two external ones and an internal one, too. This means that it will requite quite a lot of juice to keep the device going, Thus we get a dual battery in the mix, as shown by the sketches. 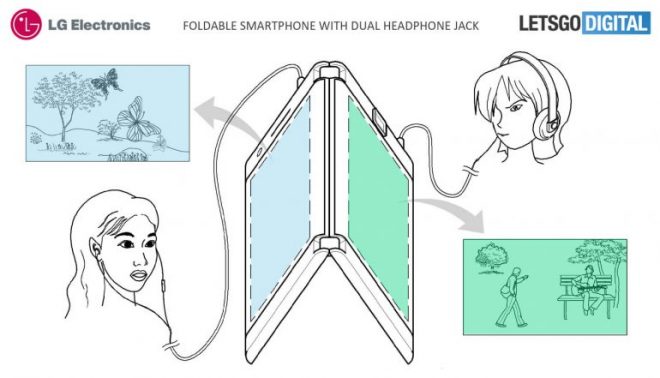 The foldable phone design has popped up this week in the WIPO database. The patent was requested by LG on September 28th 2016 and it appeared today on April 5th 2018. The documents mention a device with two displays, one flat and one curved, plus two batteries. One could regard this as a triple display setup, as the big external one can bend into two separate screens.

The two housings are connected to each other at the top and bottom via a hinge, feeling more compact than usual and less complex. The first screen part has an integrated fingerprint scanner and camera, while the second housing has a camera of its own, but this time a dual shooter. Each housing has its own battery, which is the real novelty among foldables. It actually makes sense, because it would be hard to fold a battery down the middle and hard to work with such an unit.

Speaking of duality, for some reason there’s a dual audio jack here. This leads us to believe that two people could use the device at once, or maybe it comes apart as two distinct phones, united via magnetism? We’ll just have to wait and see what LG comes up with. 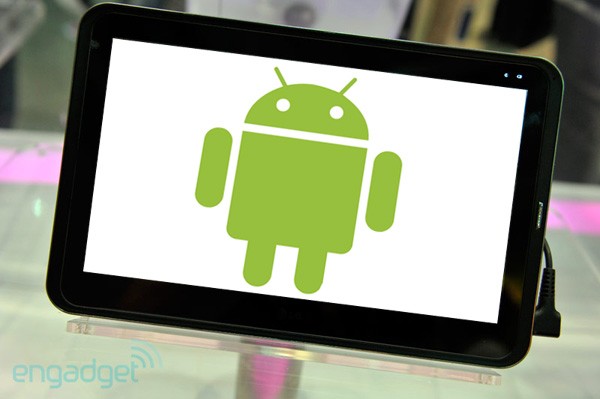