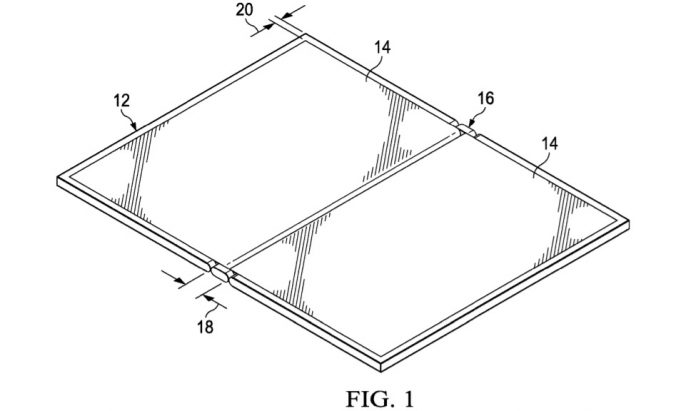 I have to admit we’ve seen phone makers more than anyone showcasing a variety of sketches, concepts and prototypes of foldable devices. PC makers have stayed away from the segment, but now they’re ready to tackle it. Lenovo showed a foldable laptop earlier this year and now Dell has a similar product coming.

Dell seems to be working on a foldable PC and the company recently filed a patent in which it details the foldable PC format approached here. The document mentions an “Information Handling System Narrow Width Hinge”. It’s a patent for a dual screen device, that rotates around a narrow width dual axle hinge. 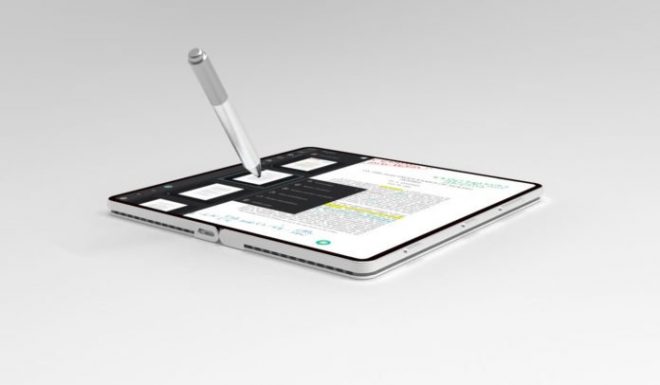 The sync of the rotation is controlled by a special gear assembly, according to Dell. That mechanism is able to sync the motion about the dual axls at one end and then there’s brackets to couple to each housing portion. Torque brackets are at the opposite end, resisting rotation via friction.

The thing go gather here is that the narrower the hinge, the narrower the gap of the display and any sort of seam disappears. The bezels are also rather slim. I see a book type format of foldable PC, not unlike the Microsoft Courier one from years ago. No specs just yet, but I imagine top of the line all the way. Dell may just have cracked the concept of a new hinge mechanism.