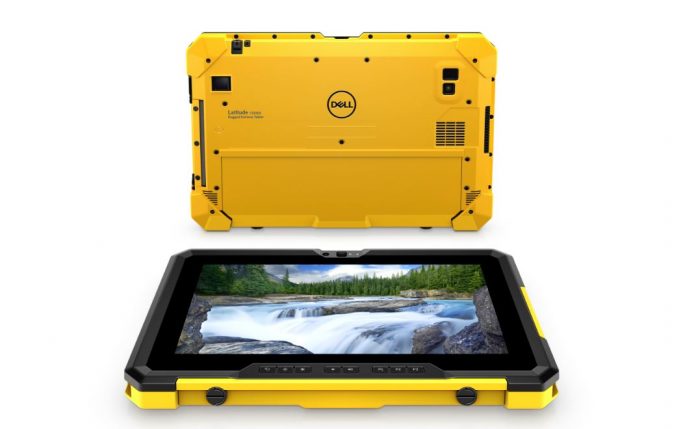 Dell recently announced a new rugged tablet, the Latitude 7220EX model, which is meant for the toughest of working environments, explosive ones. It’s a military grade machine, which may well find room in a war torn region. We have more details about it below.

This military grade armored tablet meets both ATEX and IECEx certifications and it has been drop tested from heights of up to 4 feet. It can also take temperatures from minus 20 Fahrenheit to 145 Fahrenheit. Then there’s the IP-65 certification for maximum protection against dust, dirt and water ingress. The slate features an 11.6 inch display that supports 1000 nits of brightness, which should improve direct sunlight viewing.

You can also do input with gloves on and for security’s sake there’s Windows Hello compatibility via infrared camera. There’s facial recognition, as well as an optional next generation fingerprint scanner. Dell Latitude 7220EX Rugged Extreme is powered by an 8th gen Intel Core i5 processor, together with 8 GB of RAM and 512 GB of SSD storage. there’s also a Dell hot swap 34 Whr battery in the mix, plus 4G LTE compatibility and FirstNet support.

Considering the screen this is a rather small in the rugged segment, which makes it easier to use on the go. Dell already has a tradition of working with Oil, Gas, Chemicals, Manufacturing and Energy sectors, so this tablet fits right in.