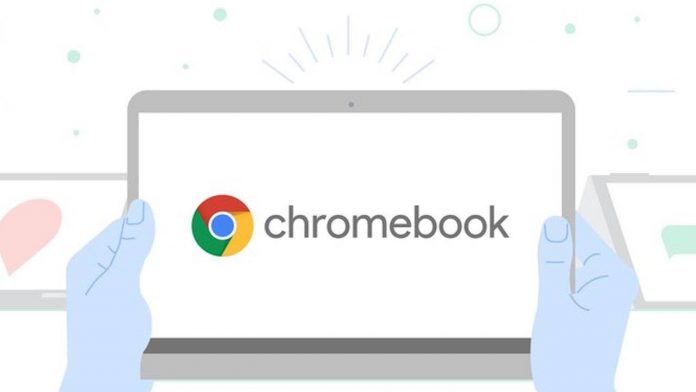 Chrome OS has always been caught between two worlds, the one of tablet and the one of laptops. It received support for Google Play Apps many months ago and that line was continuously blurred since. Today we learn that Chrome OS navigation got some gestures that make Chromebooks feel closer to Android tablets.

It’s hard to believe that Chrome OS turned into such a mature OS, coming from a mere browser. Now it has grown to power even laptops with 16 GB of RAM and fully functional productivity notebooks. It has Android and Linux app support. Now it seems that Google is making the Chrome OS tablet mode really feel like you’re using a tablet. Chromebooks have had touchscreens for a while now, even before they started going into the whole 2 in 1 convertible segment, with the screen that rotates around the axis.

Chrome OS is adopting now some touch-based navigation gestures borrowed straight from the Android playbook. This means that a full swipe up from the bottom puts you on the homescreen, while swiping up and holding the position shows the overview of running apps in a grid. Swiping from the left is basically the equivalent of a Back button, while a small swipe up triggers the Quick Shelf.

The Chrome browser itself evolves, using a new tab switcher, which shows tabs in mini windows or a horizontal panel. Tabs can be reordered, which is something that’s not yet supported on Chrome on Android tablets. These are all features from the Chrome OS Tablet Mode, which may or may not leave that mode. In the end Chrome OS is still caught between tablet and laptop. Also this comes in a time when Google seems to have given up on its own Chromebook plans.