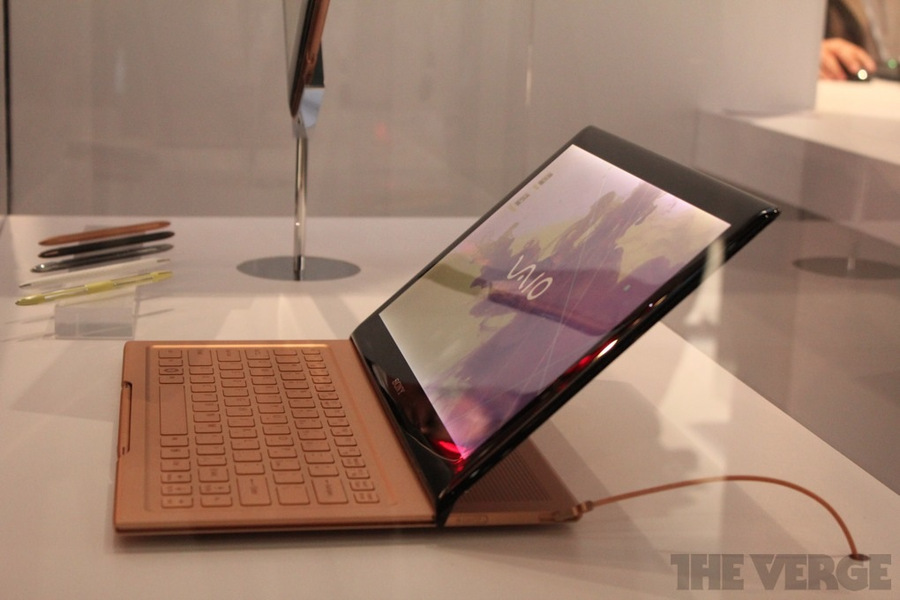 Not only Intel had some concept tablets/laptops to showcase at CES 2012, but also Sony, that unveiled what look like Vaio tablet prototypes meant for Windows 8. These were teased by Sony’s Kazuo Hirai and we also got to see some new laptops from the Vaio line. After the official unveiling, the new models (slates) included were put up for showcasing behind glass. 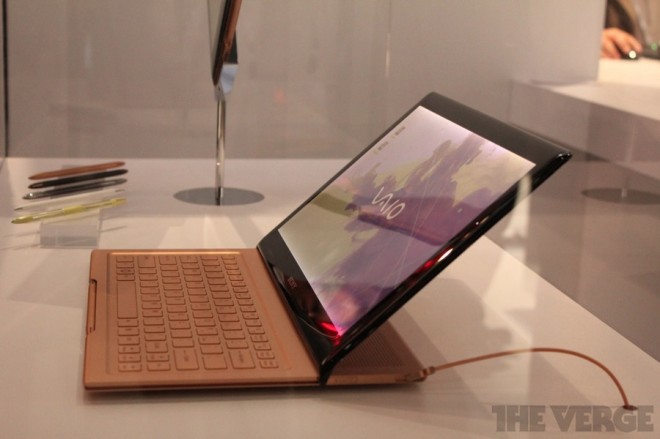 The first Vaio tablet seems to be a sliding keyboard one, like the ASUS Eee Slider, but the design reminds me more of the Series 7 Slider Samsung showed last year, that actually never made it to the market. This unit also has a stylus and you must know that the slate separates from the base. As you know, Vaio is a Windows-only brand, so I’m pretty sure this is Windows 8 material. Sony executives were keen on reminding everyone that these are mere prototypes and won’t necessarily make it to production.

There’s also that second Sony tablet with rounded edges, that reminds me of the HP TouchPAd, but its keyboard accessory is really nifty, since it’s a flat piece of metal with what looks like touch keys that light up from it. The two communicate via Bluetooth and this one looks more like Android material, if you ask me. 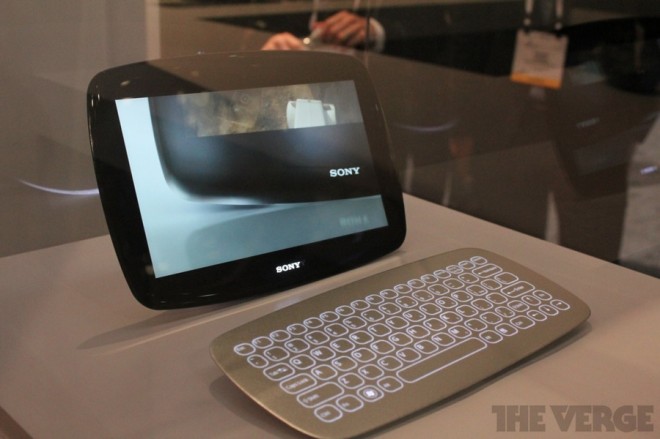