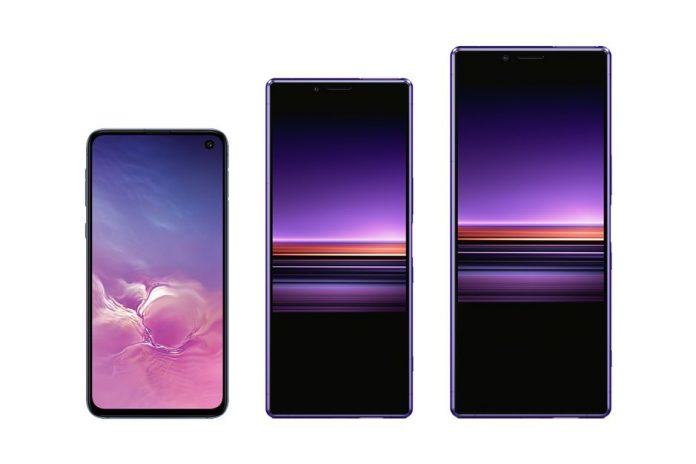 We’re no strangers to the idea of a 7 inch phone, since ever since the ASUS Padfone such devices have kept appearing. Huawei itself had two of them launched last year, the Mate 20X and Honor 8X Max. Now Sony is prepping is own flavour of the device, rendered by Phone Arena, as shown here. It’s dubbed Sony Xperia 10 Ultra.

The device is expected to expand on the Xperia 10 series even further, being bigger than the 6.5 inch Xperia 10 Plus. The Xperia 10 Ultra is compared in the render with the Xperia 10 Plus and also the 5.8 inch Galaxy S10e for the sake of proper reference. It’s a 21:9 device, possibly the longest phone I’ve ever seen.

We haven’t seen a Sony Xperia Ultra device in quite some time, so we’re cautious with these rumors. Leaked specs include a Snapdragon 710 CPU, 6 GB of RAM and 128 GB of storage, plus the same dual back camera as the Xperia 10 Plus. We also expect a hefty front camera and a generous battery, hopefully past 4000 mAh. We can’t guarantee the device will happen, but so far it’s looking promising.

Not sure how games will look on such a long screen…