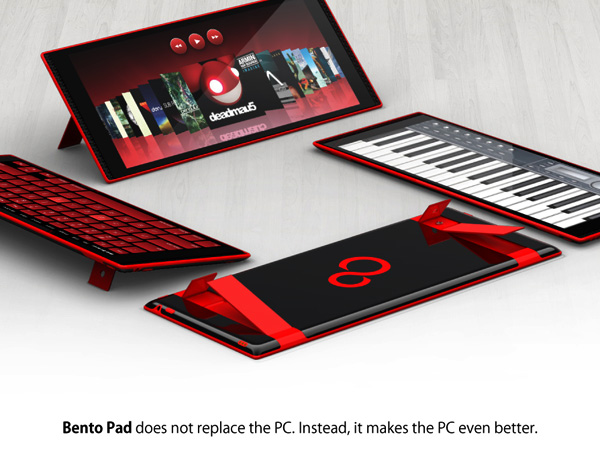 Talk about multifunctional devices… the Bento Laptop Tablet Hybrid is an industrial concept created by Rene Woo-Ram Lee. This is a combo between a smartphone, a tablet and a laptop, all in a single device. We’re talking about the main gadget that’s in fact a laptop with a 15 inch OLED touchscreen and also packing a 1TB SSD (wow!).

There’s also a 11 inch tablet incorporated and a 4 inch smartphone, plus a solar powered Li-Ion battery. The UI of choice for the device looks like a mixture between Android and BlackBerry, but no OS was mentioned by the designer of the concept. As far as the tablet is concerned, it sports a 11 inch 21:9 OLED display and the entire device, when closed measures up to 15mm in thickness.

The cool thing is that when the notebook has its components plugged out, it can act as regular display. The four main components of the gadget use docks to attach and turn the display into a laptop. The touchscreens become the keyboard and trackpad and we bet that the tablet serves as the first, while the smartphone is used for the second. Will this concept ever make it to real life? 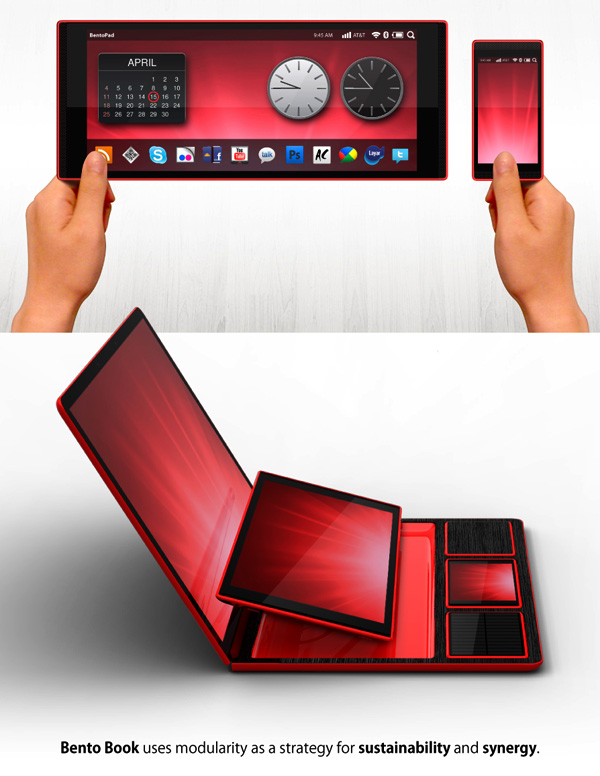 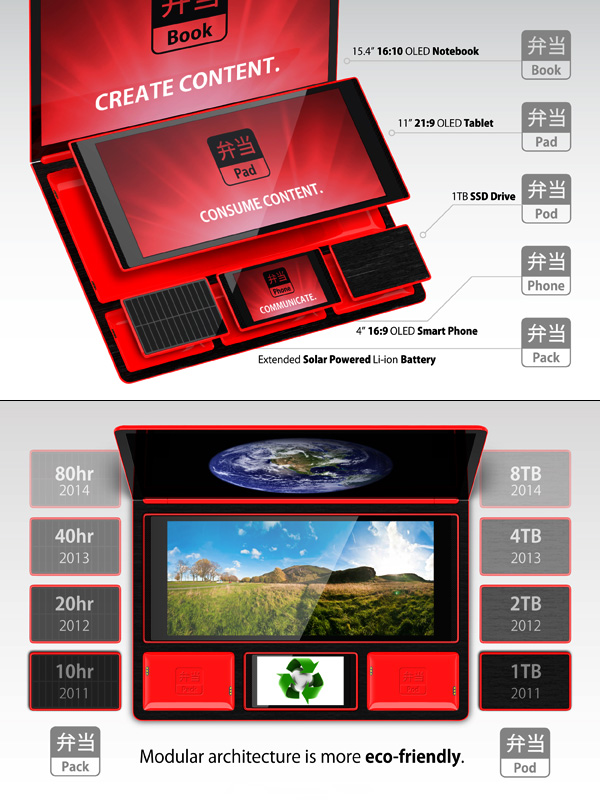 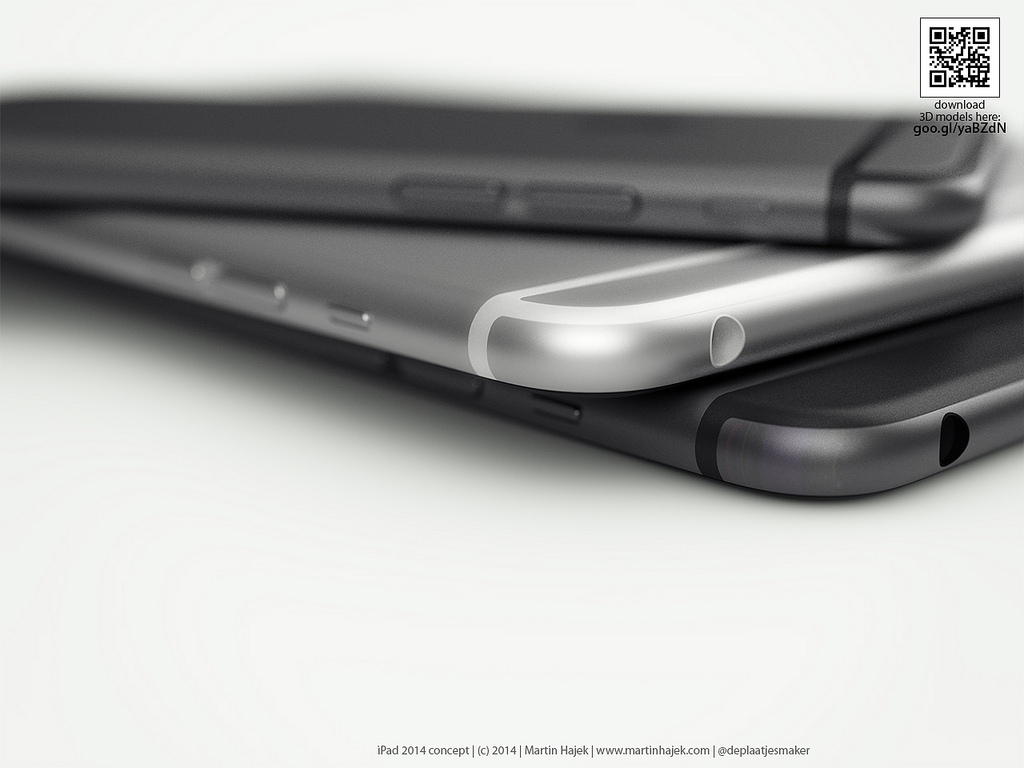