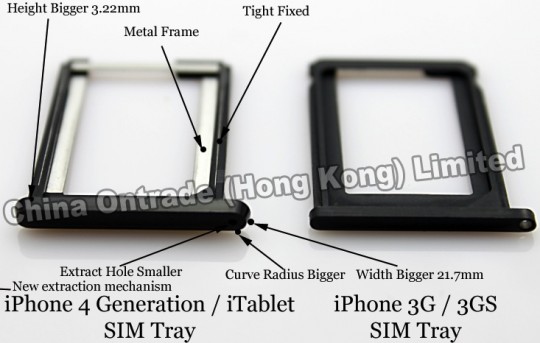 After long months of speculations and waiting we’ve finally got some proof that the Apple tablet is real and even a name for it: the Apple Slate. During a speech to the digital group at the New York Times, Bill Keller casually mentions this name and also claims that its launch is imminent. If you don’t believe us, watch the video below and skip straight to 8:30 for the two words we’ve been waiting for:

New York Times will be bringing content to said device and Keller introduced the tablet by saying something like “I’m hoping we can get the newsroom more actively involved in the challenge of delivering our best journalism in the form of Times Reader, iPhone apps, WAP, or the impending Apple slate…”

It doesn’t get more clear than that, I suppose and in other news the folks of Slashgear spotted a SIM-tray that might as well belong to the fresh Apple slate. Foxconn will be making the device once again and worst case scenario, the component pictured below is part of the next generation of iPhones, which is still good news.

This SIM-tray will go on sale for $14.05 and by looking at it we can tell that it’s larger than the one on the iPhone 3GS, uses a new extraction mechanism, it includes a metal frame and has a bigger outer curve radius. The latter feat suggests that it’ll be incorporated in a device that’s thicker than the iPhone 3GS.

So, Apple when are you going to announce that Slate of yours? 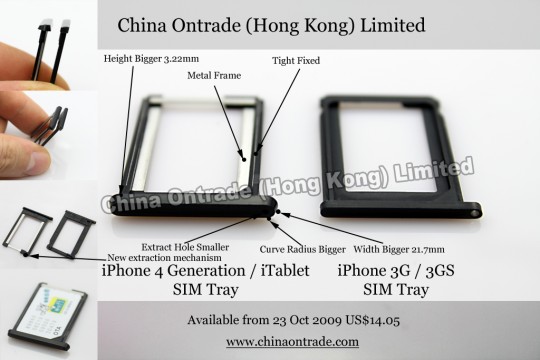 [via gawker and Slashgear]