When the new iPad was introduced, Phil Schiller was kind enough to mention that the A5X processor found inside performs 4X better than the Nvidia Tegra 3 chip. There’s also a quad core GPU In the mix, said to bring out twice the graphics compared to the iPad 2. Nvidia publicly declared that it’s skeptical regarding these statements, but now we have some benchmarks to prove if Apple said was real or not.

The tests seem to confirm Schiller’s claims were not pure praise and boasting, as the A5X beats the Transformer Prime’s Tegra 3 in most of the key tests. IGN continued tests and actually found out that the iPad 2’s A5 chip is superior to both the A5X and the Tegra 3. The A5X is still the better chip, but it has some impediments when powering the Retina Display. The offscreen benchmarks are the ones that show the superiority of the A5X on the A5 and Tegra 3, when the Retina Display is not in the ecuation. 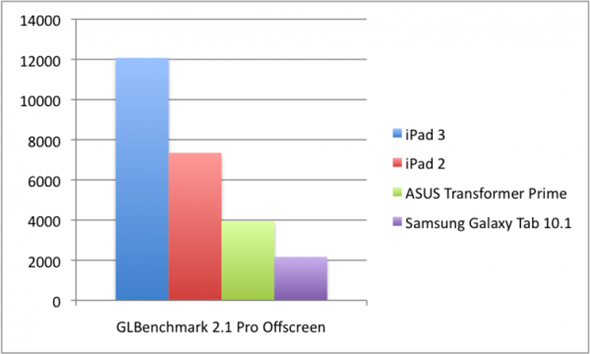 IGN relied on 3 tests: GeekBench for raw CPU power, GLBenchmark 2.1 Egypt and GLBenchmark 2.1 Pro for the graphical side. As far as raw CPU power, the Transformer Prime and Galaxy Tab 10.1 in a Tegra 3 version achieved higher results in Geekbench, compared to the iPad 2 and New iPad. The Tegra 3 quad core configuration beats the dual core A5X, with scores of 1540 versus 750 respectively. Meanwhile, in the GLBenchmark graphics test, the iPad 2 managed to somehow score higher than the iPad 3 in both tests, but both Apple tablets surpassed the Android slates.

So, the conclusion here is that in some areas the iPad 2 chipset is still more powerful than the one on the iPad 3… that’s pulled down a bit by the Retina Display, silly as that may sound. 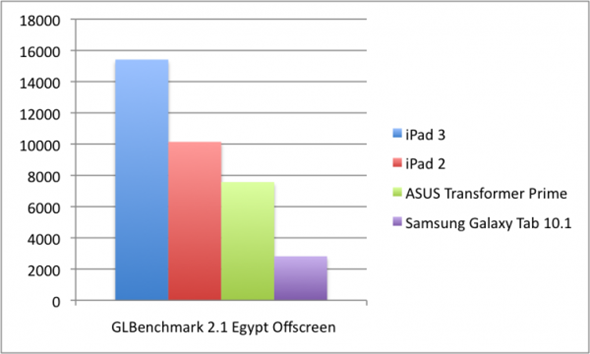 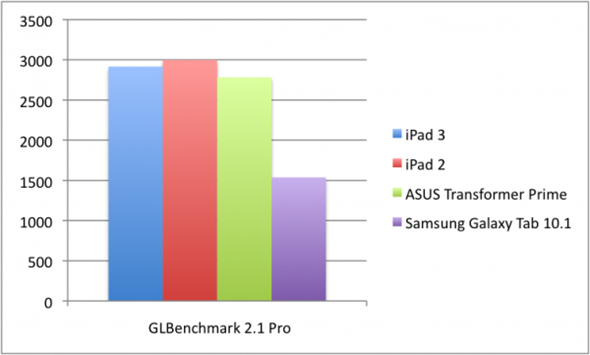 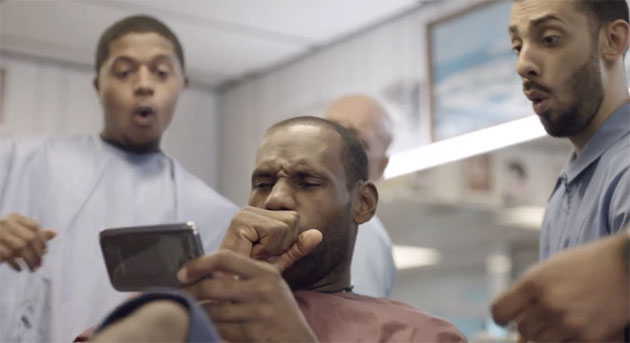