Amazon has just announced a new Kindle Fire tablet, the Amazon Kindle Fire HD, with two versions available for it. One is a 7 incher with a starting price of $199, in the 16 GB version.  It will hit the market on September 14. The device comes with two antennas for WiFi, smartly selecting the one with a stronger signal and less fading.

The Kindle HD also features IMO, that takes all the signal echo and uses it, giving up to 41% faster WiFi than competition. The Kindle Fire HD starts 16 GB of storage, compared to the original, that started at 8 GB. It comes with two speakers, one at the top and one at the bottom (in portrait mode) and inside it has an OMAP 4470 processor, that Amazon claims surpasses the Tegra 3 performance. There’s also a front facing HD camera, HDMI out and most likely 1 GB of RAM.

The new Kindle Fire uses no air gap between the display and the glass at the front, so we get clearer images and less glare. Kindle Fire HD 7 inch offers Dolby Digital Plus sound, in an exclusive audio engine version tailor made for this product. In other news, the last year Kindle Fire now gets 1 GB of RAM, $159 price tag and 44% better performance. Internally the device is called Kindle Fire SD. 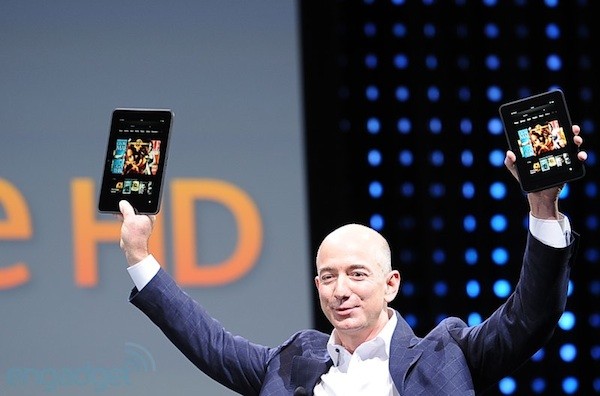