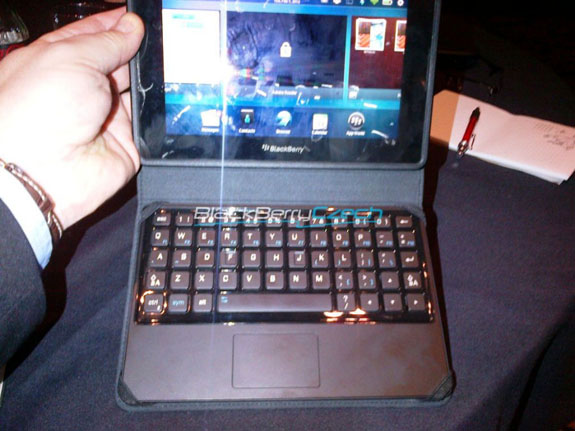 A couple of pictures showing what looks like a new bunch of BlackBerry PlayBook accessories have just appeared, after being taken at the DevCon Europe 2012 event. In the image below you can check out the 7 inch BlackBerry PlayBook with keyboard case and a dock after the break.

However don’t expect a keyboard dock here, like on the ASUS Transformer units, but rather a special case that brings the keyboard close to the new tablet. The case also includes a multi touchpad and incredibly enough this accessory should provide about 30 days of use, so that’s why it’s so bulky. There’s a docking station for the new slate pictured below, with the PlayBook connected via HDMI. There’s also a LAN port in the mix if you want extra connectivity via wired Internet.

As far as the 10 inch PlayBook is concerned, that’s only a rumor and we don’t have a picture to go with it just yet. No one could take a pic of the prototype just yet, but I expect to see that in Barcelona, at Mobile World Congress 2012, together with BlackBerry PlayBook OS 2.0 and maybe even a demo of the 3.0 that’s already a work in progress. 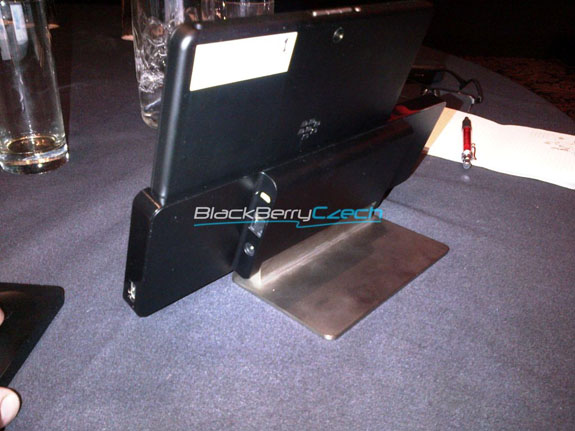 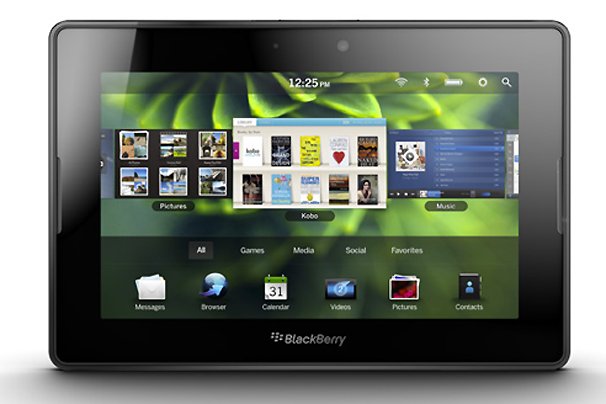