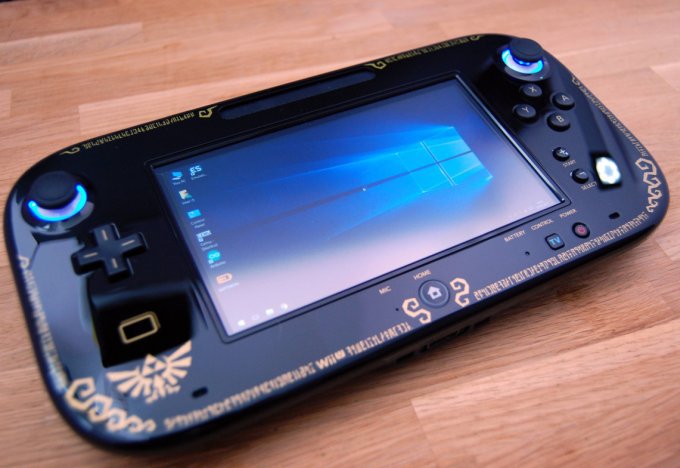 While the Nintendo Switch is the number one Nintendo console everybody is talking about, the Wii U got some extra talk this week, thanks to a hack. Remember its huge controller, that’s basically a tablet? Well, that device has just been turned into a tablet PC via a hacker. We have the deets!

Sudomod forum member banjokazooie is responsible with this hack and he modded a GamePad on the inside and outside, too. That’s shown via a custom paint job. Inside we find an Intel Core M-6Y57 processor, 4 GB of RAM, 64 GB of storage and a microSD card slot. There’s also a 4000 mAh battery and a 2560 x 1440 pixel touchscreen display. A USB DAC sound card is here and a stereo amplifier too.

Making it all tick better is an Intel Compute Stick, that offers the hardware needed to run Windows. Banjo also made the gizmo cool, via a bunch of RGB lights around the joysticks. Emulation software is in the mix here, so we get a modified Wii U GamePad that runs even Windows applications AND Nintendo games, including Wii U ones. I have to say this contraption is growing on me.

In several areas it’s actually better and probably overall cheaper than the PS Vita when it debuted.