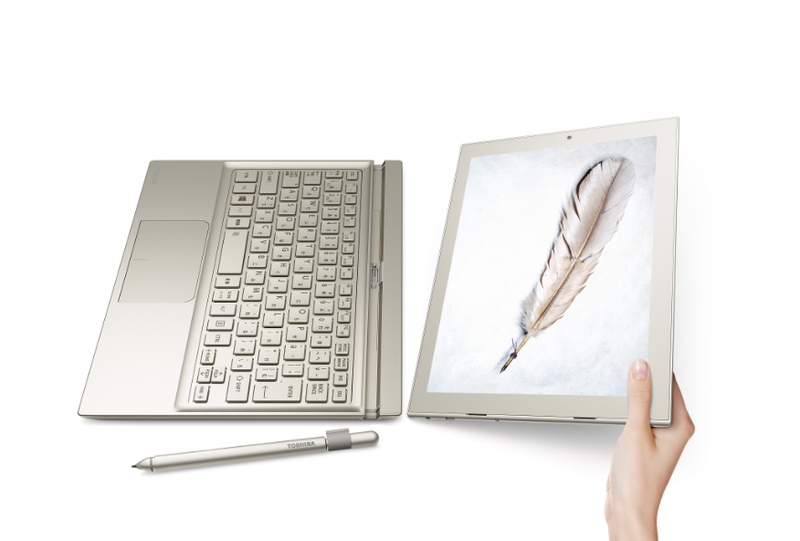 Toshiba announced today the DynaPad tablet, yet another Microsoft Surface Pro rival and also a rival for modern 2 in 1 devices. This product comes with an ultraslim keyboard dock and a high precision pen and it includes metal mesh sensor technology, as well as high precision Wacom Active Electrostatics TruPen. 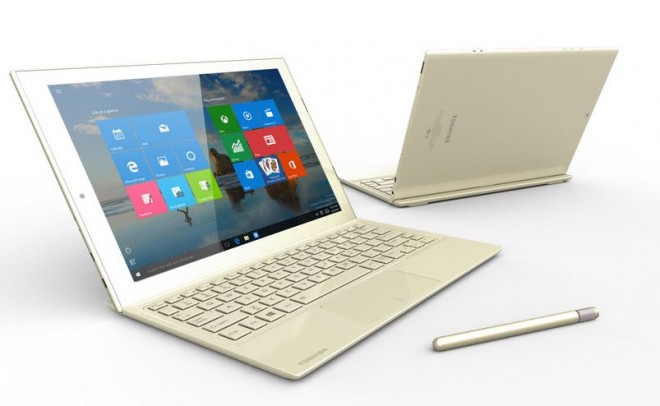 The pen offers 2048 levels of pressure and the DynaPad brings updated versions of the Toshiba exclusive suite of business apps. We’re talking about software used to organize, collect and share pictures and files, as well as notes (TruNote, TruCapture and TruRecorder, plus TruNote Clip and TruNote Share). This is a 12 incher with a 1920 x 1280 pixel resolution and an IPS panel, as well as a dual layer anti reflection and anti fingerprint coating.

The DynaPad will be available in USA and Europe in the first quarter of 2016 and it’s already up for preorder today in Japan. Inside the slate we find a 1.44 GHz Atom processor, as well as 4 GB of RAM. The DynaPad weighs just 569 grams without its keyboard and it’s 6.6 mm thick. With the keyboard in the mix, it weighs 996 grams. Price is said to be around $1080 or less. 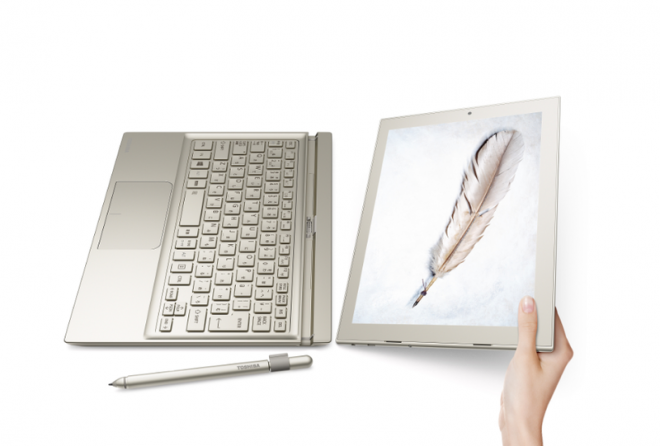