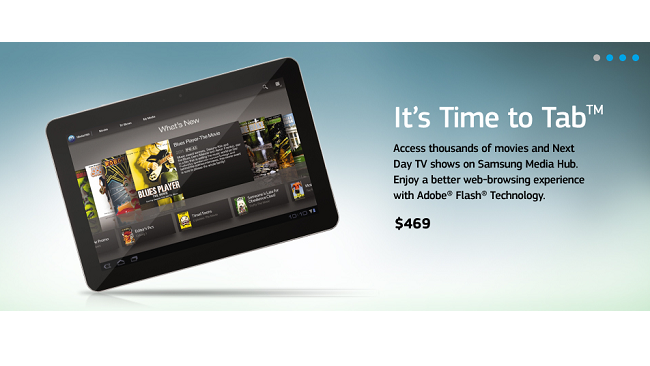 Samsung continues to attack Apple and its products, but this time it doesn’t happen in court, so instead they cut the prices. What we have here is the Galaxy Tab 8.9 with a very appealing price of $469.99 in the USA.

This 8.9 inch model is as powerful as the controversial 10.1 inch model that we’ve been hearing so much about lately. This device is identical specs-wise to the bigger unit and it’s very, very light, since it weighs 447 grams. The 16GB version goes for $469.99, as mentioned before, while the 32GB unit retails for $100 more.

I really can’t see why anyone would prefer this model against the freshly announced Galaxy Tab 7.7, with its Super AMOLED display… It’s also lighter and thinner than ever, so why go with an intermediary format? Well, some people say 10 inches is too much and 7 inches is too little. Is 8.9 inch the perfect diagonal for a tablet? Having played with the LG G-Slate, I have to say it’s a comfortable one, but the difference isn’t that big.

ASUS PadFone Infinity With Snapdragon 800 Could be Rebranded to “The...