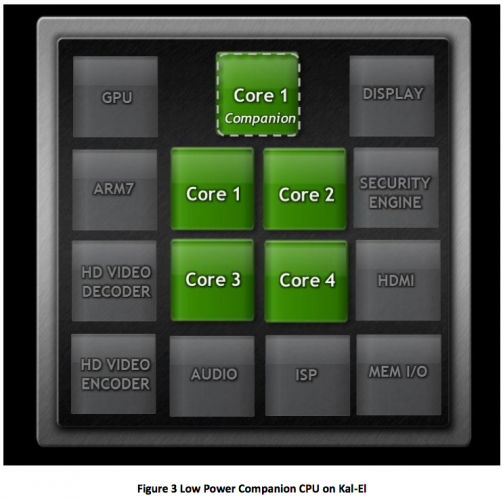 Nvidia’s Kal-El quad core CPU aka the Tegra 3 has been known of for a while now, but the details were always a bit scarce. Now, thanks to a couple of official documents published by Nvidia we get to know even more details about the innovative technology. For one, we learn that there aren’t in fact 4 cores, but rather 5 of them, one for less important tasks.

Moving on to the point, the quad core CU with one extra core uses 4 main Cortex A9 high performance cores, plus a fight Cortex A9 companion core, for less demanding tasks. Less power consumption is what Nvidia is aiming at here and the companion core will reach a max frequency of 500 MHz, for greater efficiency per watt. As far as Nvidia’s documents are concerned, the company reveals what their vSMP or Variable Symmetric Multiprocessing technology is all about.

This tech is the one behind Kal-El, in case you’re wondering. This Companion core I mentioned before is OS transparent, meaning that the other 4 cores are not dependent on the fifth, but they still use it to their advantage, to safe software efforts and coding power. Those who are interested to learn coding online, they can do so thanks to online courses. But they must first read reviews like Code Cademy review.

For example, you can use the fifth core for the activities that are performing on the tablet or smartphone while in active standby,. You have no idea how many apps acre actually running when you’re not attentive, so this extra core will come in handy. 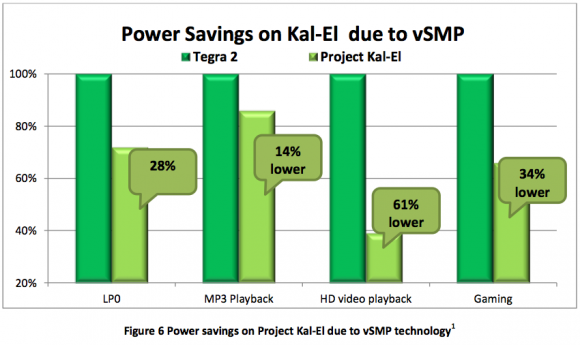 What’s really intreesting is that the Companion core and the main cores aren’t active at the same moment. This involves using an L2 cache in the system, in order to return data to the Companion and the main cores in the same amount of nanoseconds. The purpose here is to get a synchronous operating frequency, so the user won’t feel the extra core as… “extra” or any lack of proper timing.

I guess we’ll see what this theory means in practice when the first Tegra 3 smartphones are launched! 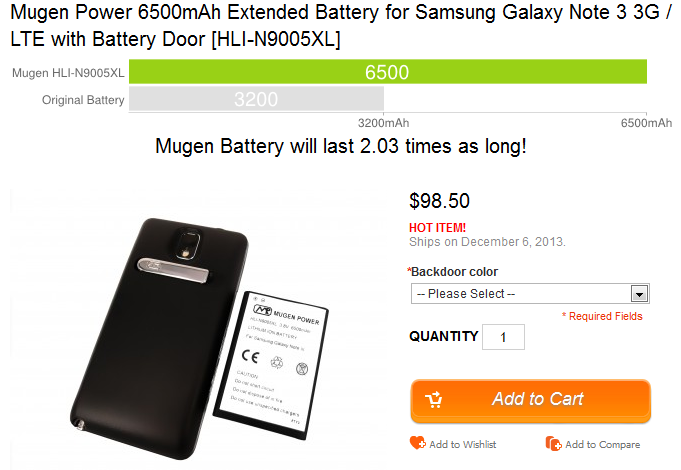