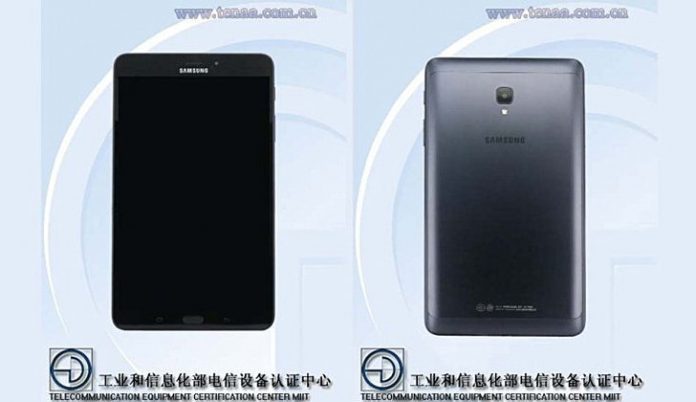 When I first saw this piece of news about the Samsung Galaxy Tab A 8.0 (2017), it felt like a very familiar device had been certified by TENAA. Turns out I was right, as the machine had previously been certified by the FCC.

It also popped up in several other places, like the WiFi Alliance and a variety of other leaks. The Samsung Galaxy Tab A 8.0 (2017) has been spotted on the China TENAA website, going under the codename SM-T385C. The listing doesn’t show any specs, rather atypical for TENAA, that tends to also list those, at least for handsets. Anyway, we know from previous leaks that this machine will be powered by a quad core processor, clocked at 1.4 GHz and it’ll also include an 8 inch display with a 1280 x 800 pixel resolution.

The memory config is 2 GB RAM + 16 GB storage and the camera combo is 8 MP + 5 MP. The device runs on Android 7.0 Nougat from the get go, with the latest Samsung UI on top. A microSD card slot should also be included and for some reason the main camera also has a flash. A Qualcomm Snapdragon 435 processor was previously mentioned by another leak.

We don’t have a price, but I expect a reasonable amount here.