We reviewed the Google Nexus 10 tablet here and while we did like the display and the camera, it appears that the general public didn’t think the same thing. The Nexus 7 was seen by us as the tablet of the year 2012 and now there are some sales estimates out there to detail the success of the Nexus slate series. 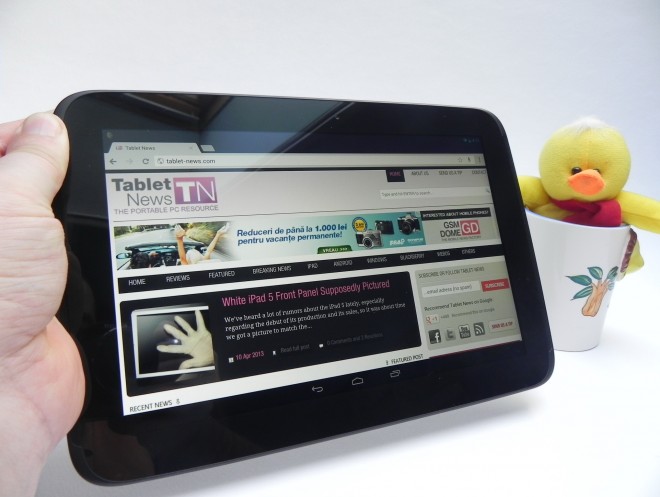 Industry watchers such as Benedict Evans are the right people to judge the sales of the tablets from the Nexus series. Made by Samsung, the Nexus 10 went on sale in November last year and it was the first Android 4.2 tablet on the market, premiering the multi user feature and also premiering the way Jelly Bean looks on a 10 inch diagonal, which is something we criticized in our review.

Evans claims that there are around 6.8 million Nexus tablets sold and only 10% of that are Nexus 10s, meaning the device shipped around 680k units. Apple is said to have sold in the range of 10 million iPad Minis and keep in mind that we’re talking about a device that’s not typical for Apple, a cheaper and smaller one. Google is said to already be working on a Nexus 10 with an improved CPU and GPU, while next month we may see a Nexus 7 2. Will those be able to get better sales?