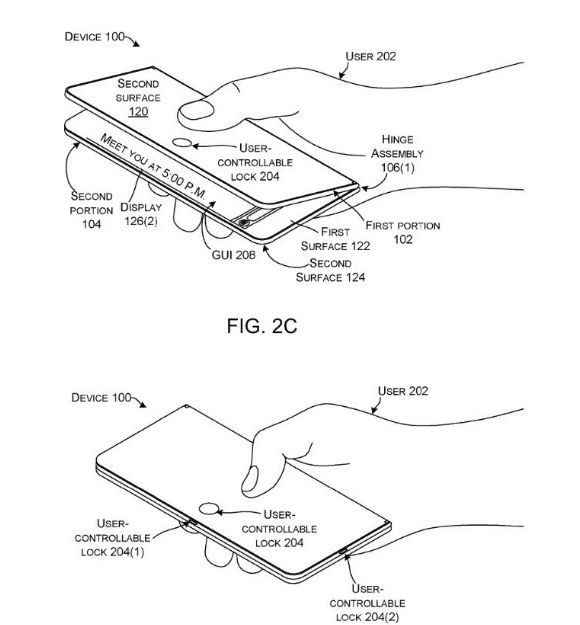 All the foldable device rumors that appeared lately have been about Samsung units, sometimes Oppo and Huawei ones. Microsoft has taken a back seat here, after being the lead source of speculation for foldables. Now a new timid patent leak puts them on the right path.

It’s been almost 3 years since Microsoft released a phone, so we’re willing to disbelieve anything at this point. Anyway, a new patent that was filed in August 2017 came to light this week. It describes a smartphone that has two displays and a small hinge, which lets it be folded completely flat. The hinge includes a lock, that activates using the dedicated lock button, by pressing it. 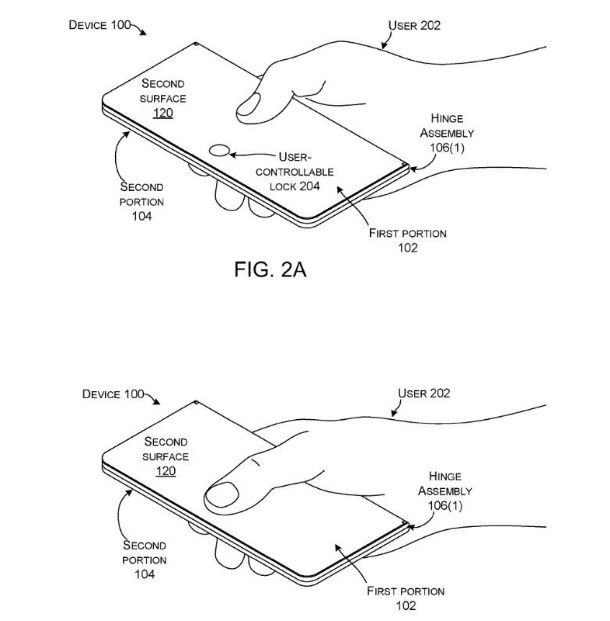 This lets the screen be held in one position permanently, meaning it could be useful in some situations. One part of the screen could be used as a kickstand for example and users could choose to fold the device at a 90 degree angle even. This also lets the upper portion be used for viewing and the lower area as a keyboard. When you’re not using the device, you can fold it in half and lock it in that position.

Microsoft also mentions that you should be able to fit the device in your pocket. As usual with a patent this doesn’t mean Microsoft is actually going to go through with it or turn it into Andromeda/Surface Phone. Research is indeed happening, at least that much is sure. If I were Microsoft I’d hook up with a hardware company and use their expertise. Probably not Huawei right now…

Microsoft Surface Go Gets a Third Version, With 4 GB of...