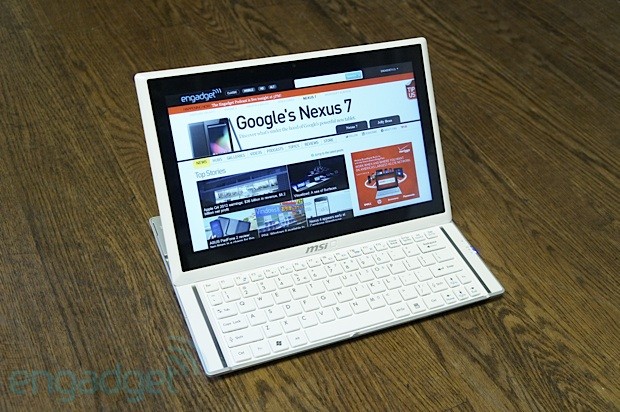 Just hours ago Microsoft finally launched Windows 8 and Win RT officially and a bunch of tablets to run these platforms as well. Available for demo purposes was the MSI S20 Slidebook, a very interesting convertible ultrabook with Windows 8 and a price tag of $1,099. It was taken for a hands on spin by Engadget, with the result being the video below.

The device was first found at Computex 2012 and it’s actually pretty light for what it offers, at 1 kg. It also measures 19.8 mm in thickness, runs Windows 8 and relies on an Intel Core i5 processor of the Ivy Bridge kind. Its specs also include 4 GB of RAM and a 128 GB mSATA SSD. Upfront there’s a 11.6 inch 1920 x 1080 pixel IPS display with 10 point capacitive multitouch support and a HD front facing camera. At the back we find a silver magnesium alloy back cover with a matching plastic antenna cover for built in WiFi and WiDi, as well as Bluetooth 4.0.

The majority of ports are focused on the right edge, with the power/lock key and the LED indicators. We’ve got a mini HDMI output here and a bunch of USB 3.0 connectors as well. A gigabit Ethernet port on the left and an SD card reader also make their way here somehow, so basically we’ve got all we can dream of on one single device. The S20 has a chicklet keyboard that seems comfy and has pretty decent spacing between keys. Powering the joint is a 3 cell 3900 mAh battery, good enough for 7 hours of fun.

The product comes in late November at all major US retailers. 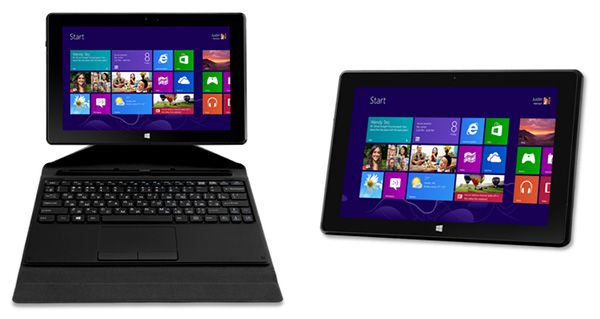