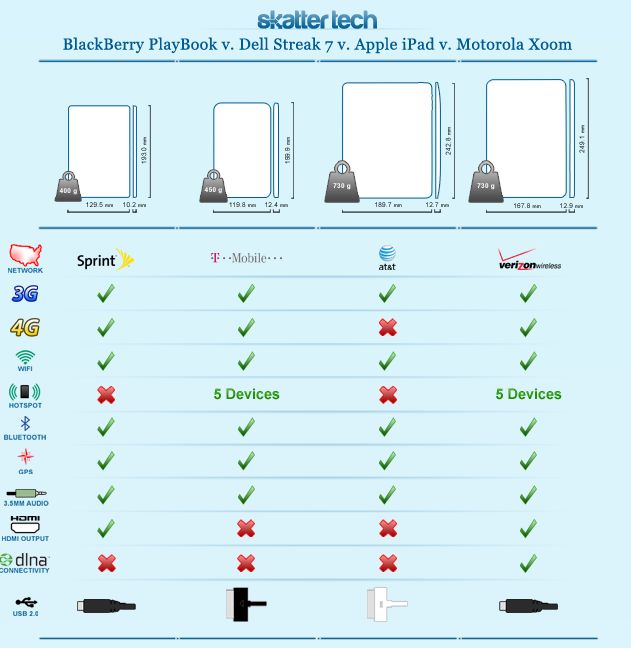 There’s a very nifty challenge between tablets detailed in the following images, courtesy of dailymobile. We see the Moto Xoom, Dell Streak 7, iPad and Playbook going against each other and showing their strong and weak points. For starters, The Sprint-bound BlackBerry Playbook weighs the least, only 400 grams.

Next up is the T-Mobile Dell Streak, with 450 grams of weight and the “fatties” are the 10 inch Moto Xoom (on Verizon) and the iPad, with 730 grams of technology. Of these devices, only the iPad lacks 4G capability, although we all know what “4G” means on T-Mobile, so Dell Streak is pretty much HSPA+ material. 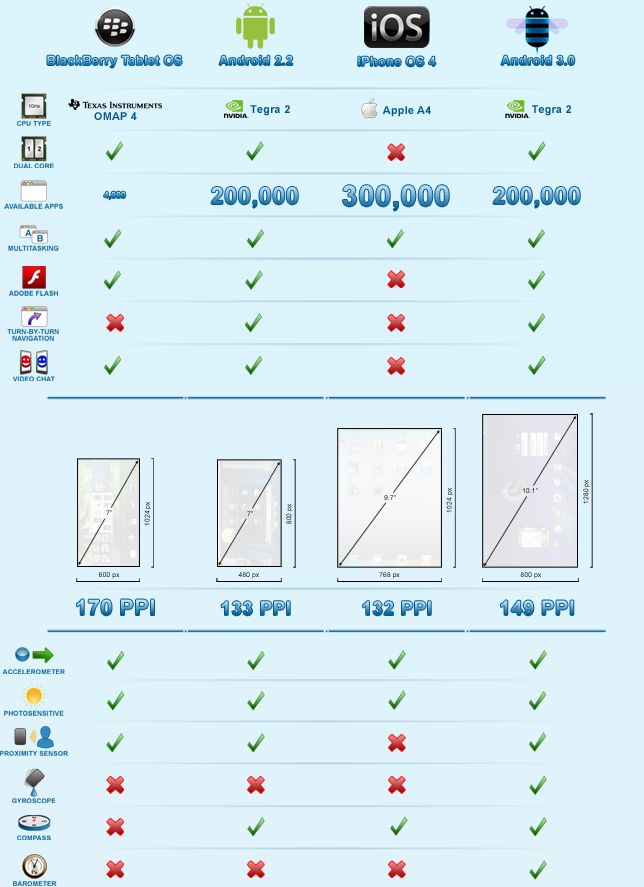 The Apple gizmo also lacks the hotspot feature, as well as the PlayBook, while the Dell slate and Xoom are able to provide signal for up to 5 devices. What’s interesting is that the Motorola Xoom is the only tablet of the bunch with DLNA connectivity, while the PlayBook is the poorest, when it comes to apps, with a mere 4,000 programs in its app store.

In the meantime, iOS get 300k and Android 200k. Xoom gets another premiere: the barometer, lacking from its competition, while the iPad, PlayBook and the same Xoom can use up to 64GB of internal memory. The Dell Streak is limited to 48GB sadly… Should we also mention that the Apple tablet lacks a camera, while the PlayBook is capable of 1080p video capture? 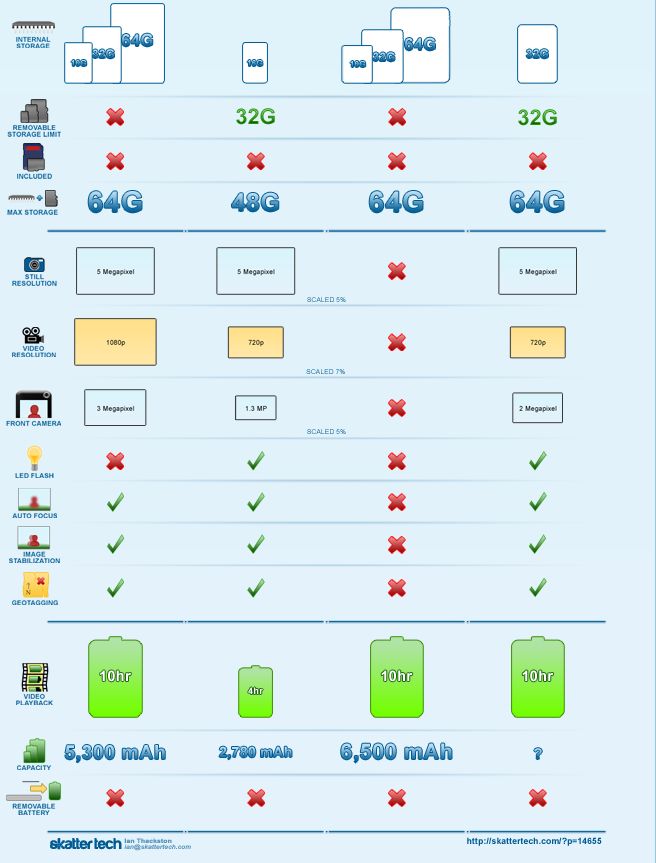