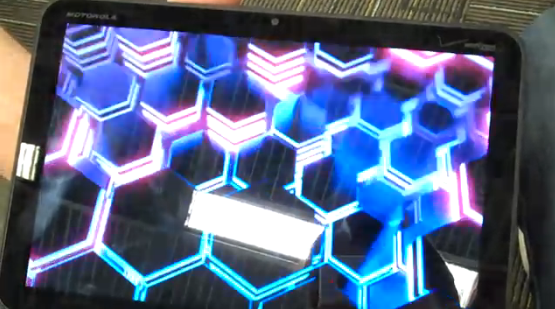 Just ahead of the Super Bowl today, we have something fun to show you: the Android 3.0 Honeycomb boot animation, caught o camera. The “evil bee” of the Android 3.0 event a couple of days ago is gone and it’s been replaced with some blue honeycombs that light up, while the device is starting up.

Of course, the animation was demoed on the Motorola Xoom, which Google might as well call its Nexus tablet, since it’s not “wearing” any Motoblur and it supports developer tempering. Now let’s see a nifty boot screen for Android 2.4.