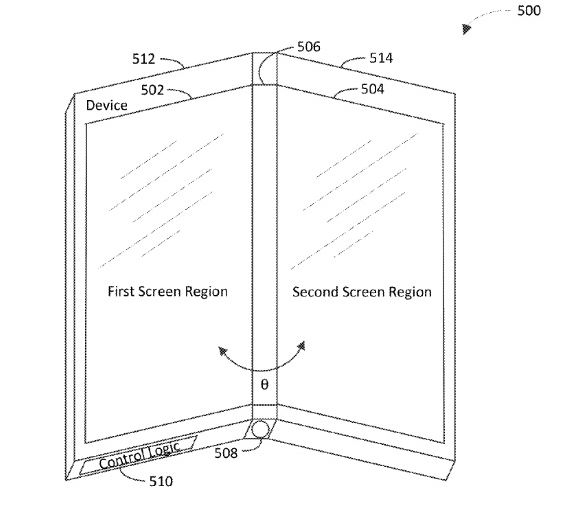 If I were to sum up all the leaks of foldable phones I’ve seen, Microsoft would probably take the cake for the most leaks. Samsung would be a close second… Now there’s a new theory and patent saying that Microsoft’s Andromeda device may actually end up with 3 screens instead of two. Let’s see what we have here.

Microsoft’s foldable phone can easily turn into a tablet, having so much screen estate. This presumed Surface Phone is said to be using three screens, including a tiny display right in the hinge. The patent images show two large screens on either side of the device. In the middle area where the outer screens fold in we see a narrow display that shows the info “that is coupled to other screen regions”, according to the leaked info. 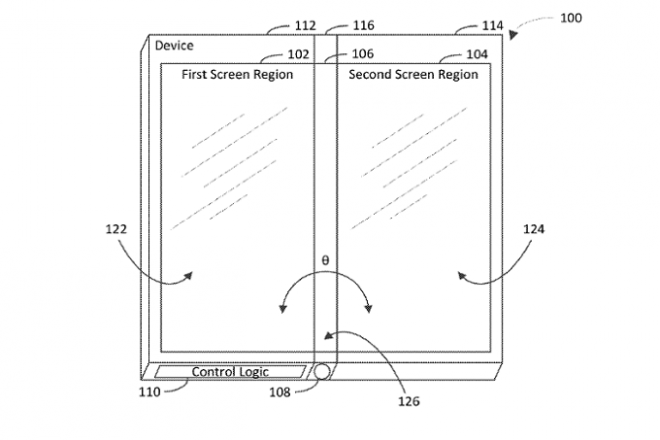 This means we can access virtual controls, time, messages, calls or notifications. The patent also says that info from the third display depends on the hinge status. This means that depending on the device’s use mode you’ll get to see more or less. We have a tent mode, tablet mode and phone mode for example. Samsung’s Galaxy X is also said to be packing 3 screens, but it will opt for two 3.5 inch OLED panels. 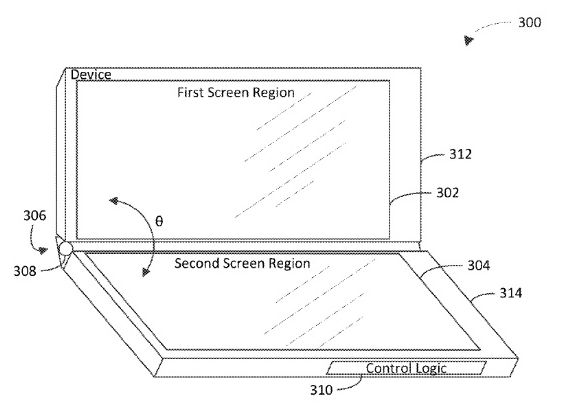 Microsoft’s patent is actually kind of old, dating from November 9th 2016 and it’s all about the new hinge with third screen. To me that third screen sounds overkill and an extra fragile item to worry about. How about showing the status info on one of the big screens?