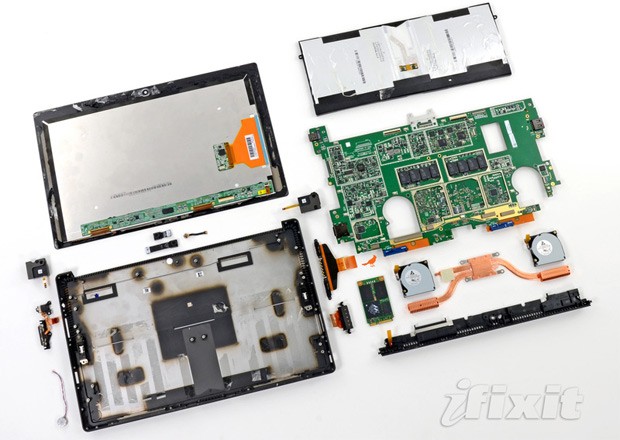 If you’re willing to open up your Microsoft Surface Pro tablet, you’d better be schooled in some engineering and be ready to destroy your nerves. The folks of iFixit did their usual teardown of the product and came up disappointed: the product is totally non repairable, with a rating of 1 out of 10 for repairability.

The only good news is that we have a removable battery and SSD, that are easy to swap out. The bad news is that you’ll have to mess around with over 90 screws in order to get to the goods. Also on the bad news list, the screen is extremely hard to remove, since there are blobs of adhesive that hold the component in place. They hold the battery and screen at their places, apparently. iFixit also makes a claim that it’s very likely you’ll cut out a major cable when opening up the case, which truly sucks.

It’s also important to mention that the iFixit folks found that the mAh of the battery is 5,676 and gathering all of that, it seems logical that the rating of the device would drop to something so low. There’s not even a need for a warranty voiding sticker on the slate, said the teardowner, since the adhesive will tell that story.