As we found out last night, Microsoft launched a new version of its operating system for a couple of different smart device, OS named Windows 10. Even if this name surprised everyone, most of us expecting to the 9 version of this software product, we discovered the fact that Microsoft wants that Windows 10 to not be associed with the actual Windows 8 OS. 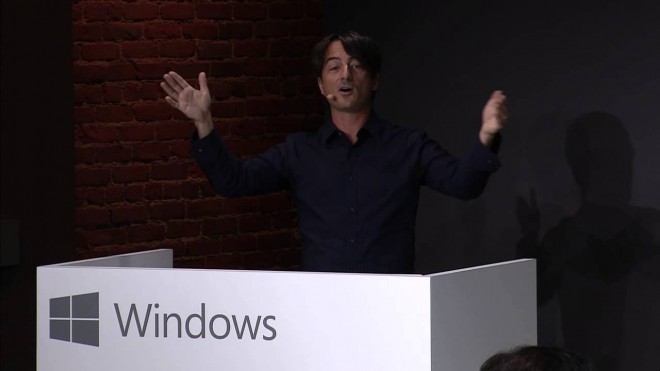 Even if Microsoft didn’t streamed the launch, after the event, a lot of uploads with Windows 10 showed up online on the social platform YouTube, as the one below that offers a closer look to the press event in about 40 minutes of video streaming with the features brought by this new version of Windows.

By watching this video, we can see the moments when Joe Belfiore, the head of Windows Phone, unveils the 10th version of the Windows operating system. According to Microsoft, the main purpose of Windows 10 is un unify all the platform in one, the product being able to run on computers, laptops, tablets, smartphones or even Xbox gaming consoles.