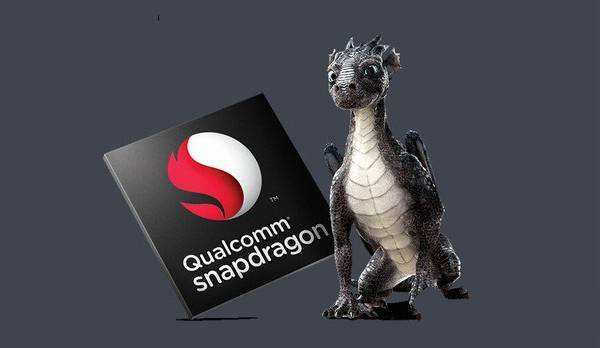 We reported recently about two brand new Qualcomm Snapdragon CPUs, the Snapdragon 850 and the Snapdragon 1000, which seem ready for prime time. Not for phones, though, but rather for laptops. Today we learn that HP Chimera 2 may just inaugurate one of these chips.

The Taiwan media is reporting that the first device with a Snapdragon 850 CPU is ready. HP Chimera 2 is made by HP and Quanta together and it seems that Lenovo, Dell and other brands are brewing up similar products. What you’re seeing here is a capture of a benchmark ran on the device. We’ve seeing a lot of hype related to Windows on ARM and connected projects, with ASUS and HP inaugurating that late last year. 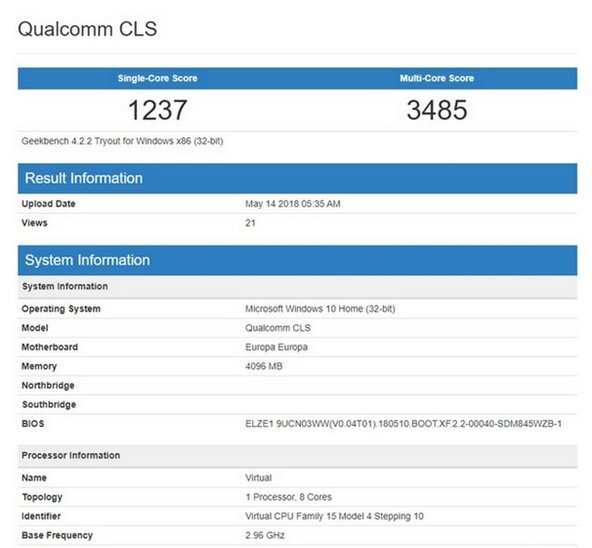 I’m talking about the HP Envy x2 and the ASUS NovaGo, with their crazy 20+ hours of battery life. They kind of failed to take off in the way their makers expected, on account of limited performance of the last gen Snapdragon CPU and the not so efficient Microsoft simulator when running apps. Anyway, any first gen product is going to have problems, so the second gen is the one to look out for.

HP Chimera 2 is one such device, that sports a Qualcomm Snapdragon 850 CPU. That one is supposed to be a slightly upgraded version of the existing Snapdragon 845. It’s going to have an upgraded clock speed, at least. The GeekBench result shows 1237 points for the single core test and 3485 for the multi core one and also the frequency of 3 GHz. I am not very impressed here, seeing how many phones go past the 4000 multi core mark and we’ve seen the iPhone 8 break 10.000 points.

The source also talks about a Snapdragon 950 also in the making, aside from the Snapdragon 1000 we already knew about. These are chips meant for 2 in 1 Windows on ARM machines, that will compete with AMD and Intel monsters. However, don’t expect any launches soon, since there’s talk of 2019 Q1 action. 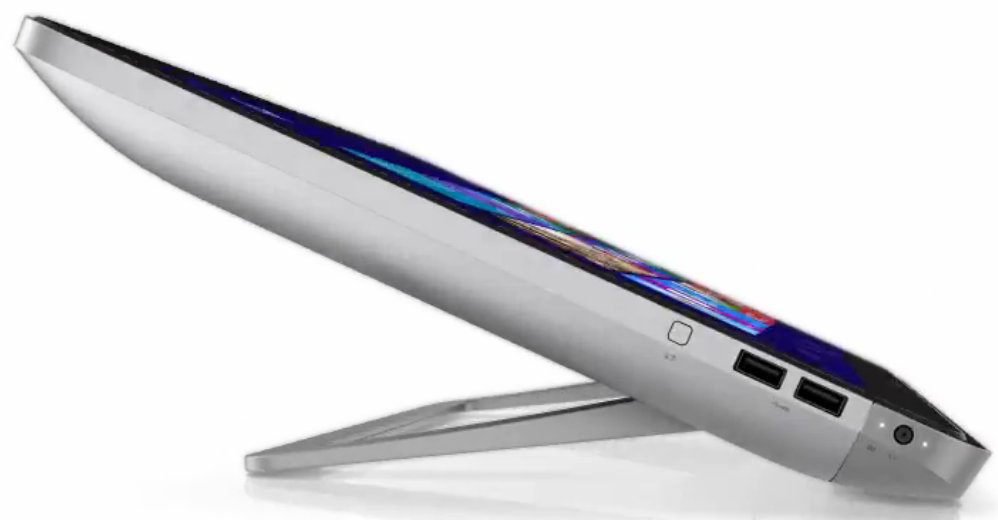 HP Envy Rove 20, the Company’s First Mobile All in One...