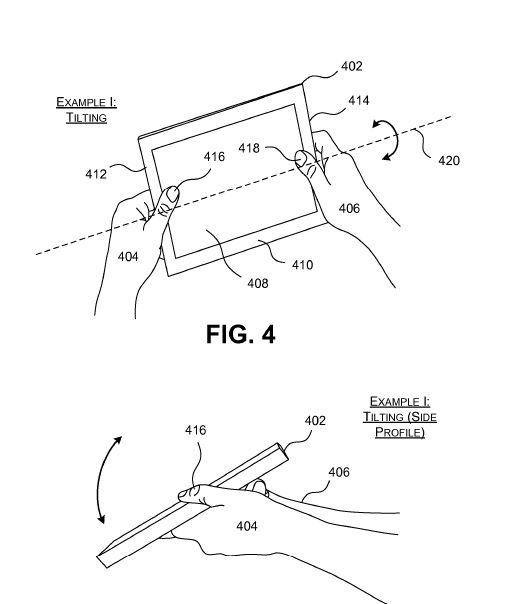 There’s a new patent from Microsoft, that was published recently and apparently it has to do with tablet interactions. Usually, an user can interact with a device by touching the surface of the touchscreen with a finger and then dragging it across the surface. Now, Microsoft has come up with a new way to interact with the device.

You could also zoom by touching the surface of the touchscreen with two fingers, but this and the touch thing above were things we already knew of. However, to them we can add accelerometer use and tilt the device to get extra inputs and commands. For example, when the device is rotated to landscape mode, the UI adjusts itself. Basically, in the future movement and touch will be combined.

Once the device is moved to a certain angle and input is also performed, both will become commands. The system will analyze the movement to identify if the move is a touch or the device is just being transported around the room. The patent quotes tilting, flipping, pivoting, twisting, sliding, shaking, vibrating or a tapping motion, as new types of input. 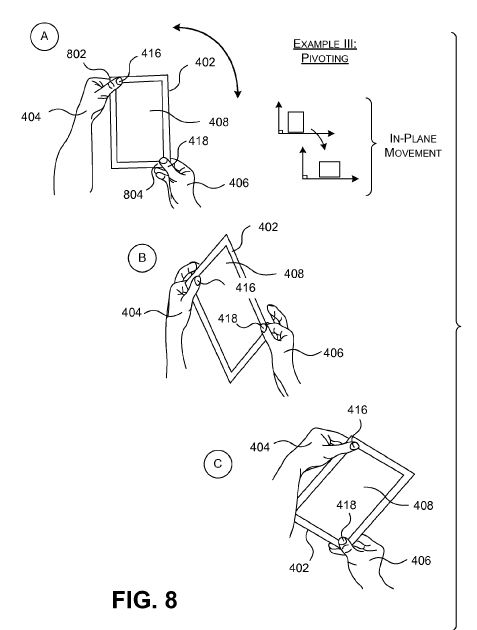